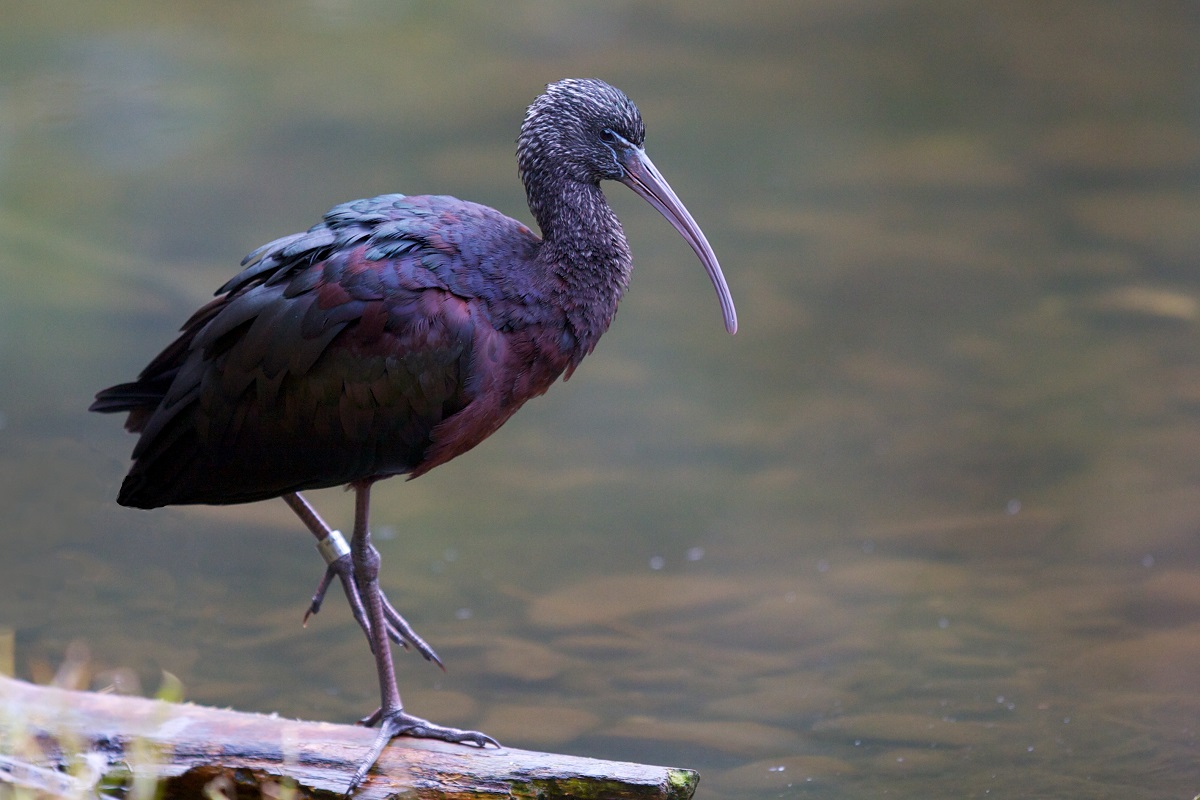 The Glossy Ibis measures 55-66 cm in length, 88-105 cm in wingspan, and 500-800 g in weight. Its plumage is dark, crimson-brown with a green metallic sheen on the wings. In autumn and winter adults have light spots on their head and neck. The bill is long and down-curved. Its longevity is 20 years.

In Bulgaria the Glossy Ibis is a breeding and migratory species that nests mainly on the Danube river islands and swamps, and when migrating can be seen on the Black Sea coast and inland. From the middle of the 20th century, with short interruptions, it breeds in Belene, Srabarna, and the Burgas lakes. Individual pairs breed inland too.

The Glossy Ibis winters in Africa, its spring migration is in March-April and the winter- from August to October.

The Glossy Ibis feeds on insects, water invertebrates, and frogs and its food depends on the season. It also likes worms, crustaceans, sometimes fish, lizards and small snakes.

The Glossy Ibis nests in reed and on trees and forms colonies, usually with cormorants, herons, spoonbills. It lays 3 to 4 eggs and has one offspring per year, between May and August.

According to IUCN its status is Least Concern, but in Bulgaria according to the Red Data Book it is Critically Endangered and has been protected since 1962.