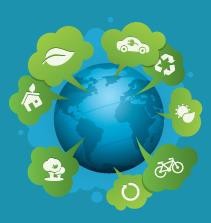 The European Union (EU) Birds Directive1 is one of the longest-established policy tools in bird conservation in Europe and aims to protect threatened wild, often migratory, bird species which occur naturally in the EU. Part of this protection involves the designation of key sites as Special Protection Areas. SPAs form part of the  Natura 2000 network of protected sites along with Special Areas for Conservation (SACs) for other species and habitats designated under the  Habitats Directive2. Good implementation and management of Natura 2000 sites is a key part of the EU’s  biodiversity strategy and the selection of sites has been a collaborative process between the European Commission (EC) and Member States.

BirdLife International, the world’s largest nature conservation partnership of 120 partners worldwide, has been working since the 1970s to identify and protect over 12,000 places of great significance for the conservation of the world’s birds; they have named these Important Bird and Biodiversity Areas (IBAs). In Europe, 20 criteria were used to identify IBAs of global, European and EU significance and the latter were selected specifically to qualify as SPAs.

The researchers identified a number of studies that supported the effectiveness of the Birds Directive and SPAs and yet others that suggested that current SPAs do not sufficiently cover particular species in the EU. They also acknowledge that in 2014, the EC received a mandate to deliver a ‘fitness check’ of the Birds and Habitats Directives as part of the its Regulatory Fitness and Performance program (REFIT)3, which is intended to simplify EU law. In light of the fact that international agreements, such as Target 11 of the  Aichi Biodiversity Targets, also mean that protected areas are due to be expanded, the researchers aimed to identify the best areas to incorporate into an expanded SPA network to increase coverage of species efficiently.

This study analysed the overlap in coverage between land-based SPAs and IBAs and in relation to the distribution of bird, mammal, reptile and amphibian species (since birds have been shown to be effective indicators of wider biodiversity). Information on species distribution was obtained from distribution models for 435 birds (including 181 species on Annex I of the Birds Directive),179 mammals, 138 reptiles and 85 amphibians. The models used habitat requirements, expert knowledge and known occurrence of species to produce high-resolution (300 m) maps of each species’ distribution. Species’ distribution could then be compared to the coverage of SPAs and IBAs, for different species groups as well as species in different  IUCN Red List categories for threatened species. The researchers also assessed unprotected land that could be added to the SPA network, based on species occurrence and the location of current SPAs and IBAs.

The use of spatial tools to designate conservation areas for protection has become increasingly common. This study demonstrated that the EU’s land-based SPA network generally covers IBAs well. Researchers also found that IBAs covered the distribution of a relatively high number of mammals, reptiles and amphibians, supporting the idea that birds are useful proxies for the conservation of other species. The distribution of threatened species was also found to be slightly better covered by SPAs than non-threatened species. This may be partly due to threatened species having smaller ranges, which are better covered by the network. In practice, the researchers say that protected areas are an effective conservation tool for such species, whereas wider-ranging species, such as migratory birds, need more landscape-scale approaches.

The researchers also identified potential opportunities to expand the network. Adding just 4.5% of the EU land area to the SPA network (to meet Aichi Target 11 to protect 17% of land) would almost double bird species’ distributions from 22.9% to 40.4%. This expansion would also increase the coverage of mammal, reptile and amphibian species by up to 43%. The best locations for this expansion were primarily concentrated in the southern parts of the EU and near its northern and eastern borders.

The researchers point out that modelling approaches, such as the one used in this study, should not form the sole basis for the assessment of the effectiveness of the SPA network. Other measures such as species-specific population assessments should also be considered. Species distributions, which form the basis of this study, are also subject to errors if species have been lost from an area due to hunting, invasive species or habitat loss.

Overall, the researchers say that the network of SPAs informed by IBAs appears to provide a good coverage of species’ distributions, including those of non-bird species, which were not the original target of the designation. Small additions to the SPA network could also lead to big increases in species coverage, and site selection should be based on a rigorous scientific basis, the researchers say.