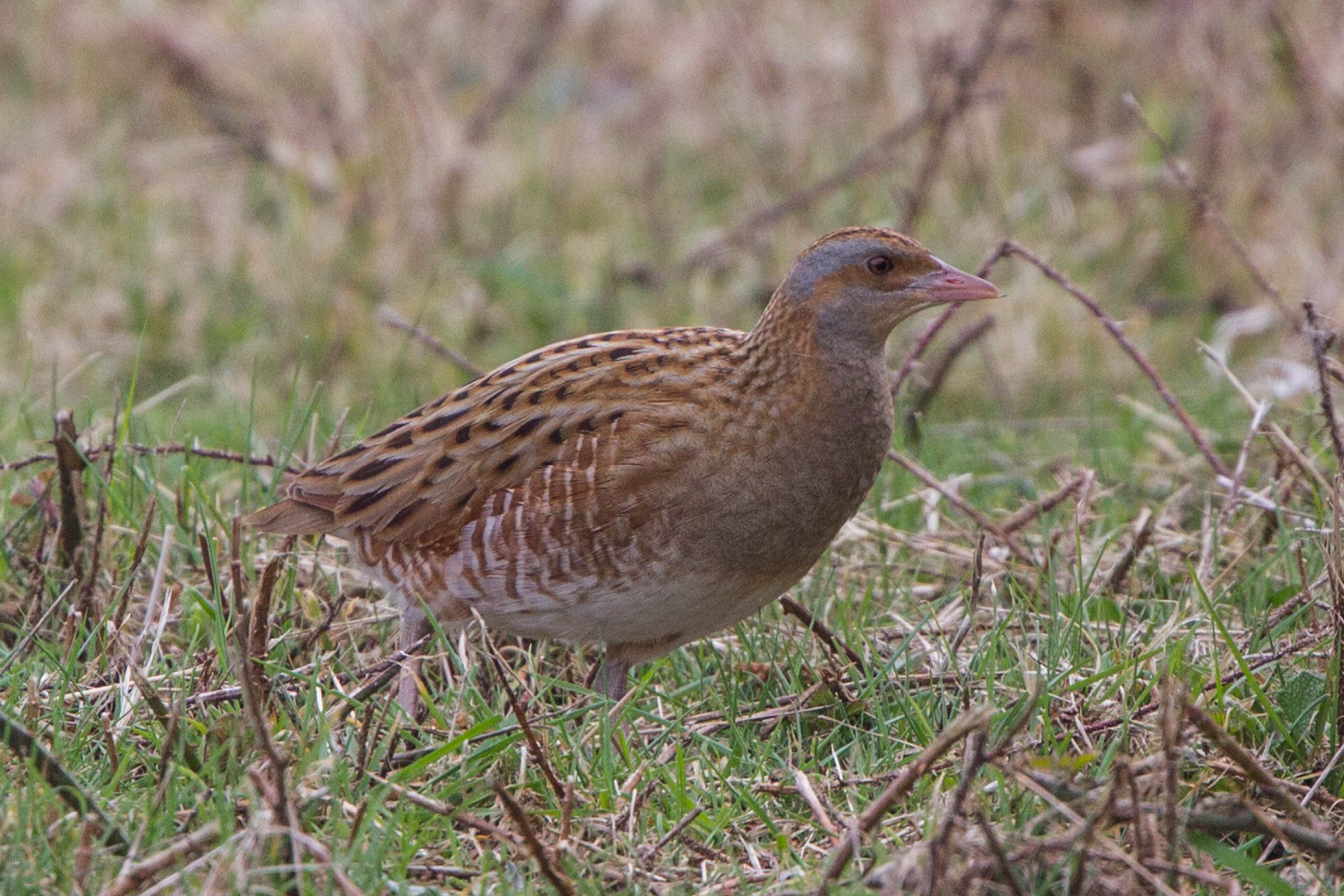 The Corn Crake is as big as a quail, reaching 25- 29 cm in length, 130 – 190 g in weight, and 42- 53 cm in wingspan. Adults are rusty brown with blue-grey cheeks and chestnut eye-stripe. Their throat is whitish and their neck and breast is blue-grey with chestnut smudges on its breast sides. Male crakes give a very loud and distinctive kerrx-kerrx call during the breeding season.

The Corn Crake inhabits wet and mesophyte grasslands dominated by Poa pratensis, Alopecurus pratensis, Gallium aparine, etc and it is found on arable land, wet meadows, plateaus and hill regions with grass. Its natural habitat is the UK, Scandinavia and Siberia on the north, the Pyrenees, France, Italy, Bulgaria and the northern Black Sea coast with the Crimea and the Caspian Sea on the south, and Lake Baikal on the east. In Bulgaria it is found in the Sofia region, the West and Central Balkan Mountains, Ponor Mountain and along the Trun-Breznik line. The Corn Crake is scanty along the Danube river coast and the Black Sea coast, Dobrudzha and the Eastern Rhodopes. In Bulgaria it is breeding and migratory species. It flies back in April and flies away in September. Corn Crakes migrate one by one at night and during the day they hide in the grass. They winter in Africa and in Madagascar.

The Corn Crake feeds on insects and their larvae, snails, worms, seeds. Males are very territorial.

Its breeding period is from May to June, the female lays from 8 to 12 eggs and has two clutches. There are breeding pairs but only the female takes care of the young. They hatch within 34- 38 days and are covered in black fluff.

According to IUCN its status is Least Concern, but in Bulgaria according to the Red Data Book it is Vulnerable and is included in Annex I of the Birds Directive. It is also under the protection of the Biodiversity Act.