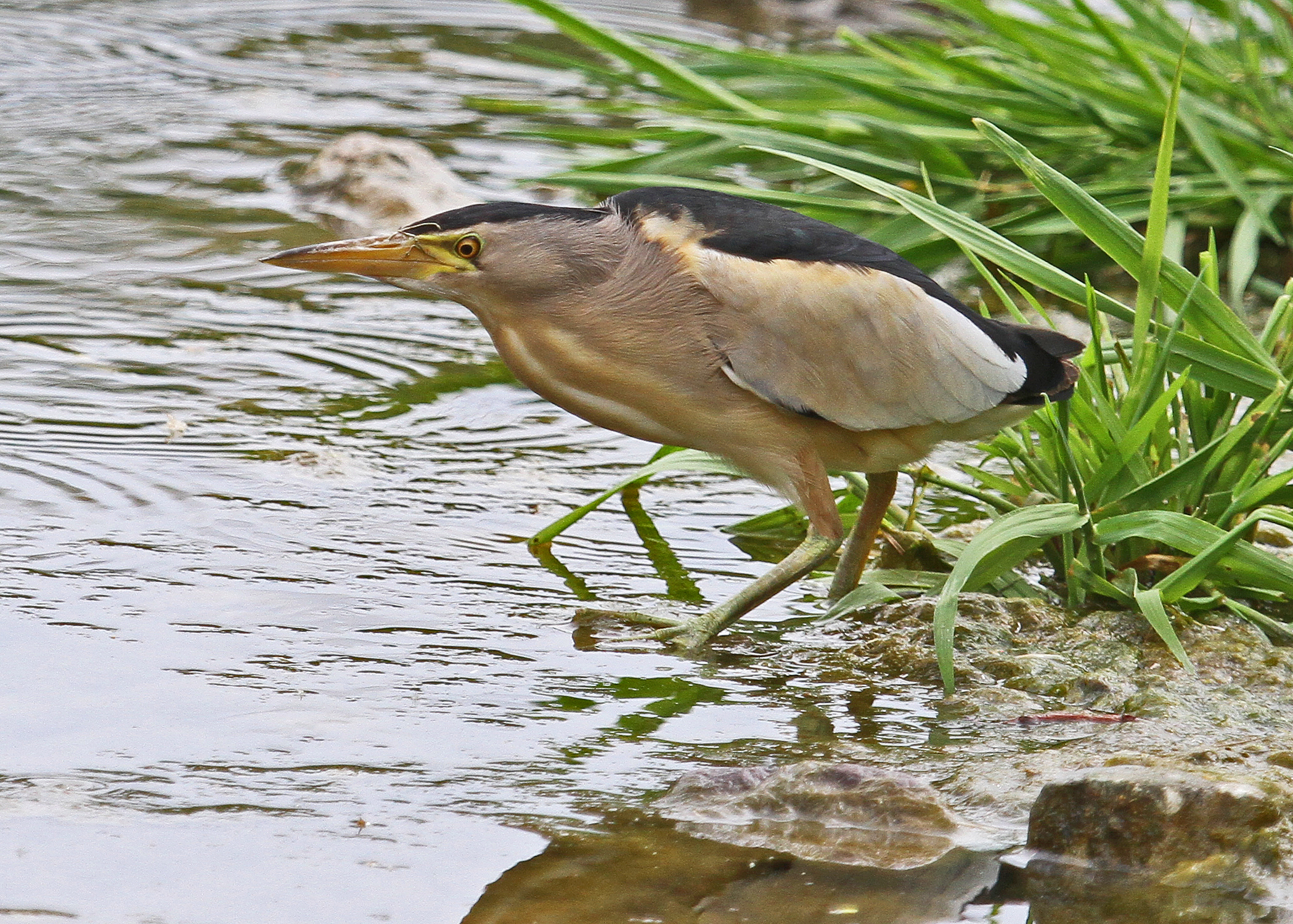 The Little Bittern is the smallest European heron averaging 36 cm in length, 40-58 cm in wingspan, and 125- 150 g in weight. The nape, back, wings, and tail of the male have green tint. Its frontlet and eye-stripe is white. Its head, neck, and breast are rusty brown-beige, the breast is with dark stripes and the belly is whitish. The female has a black nape and back and the rest of its top is dark brown with yellowish ends of the feathers. The front part of its neck has blurred stripes. The top part of the head of the young ones is dark brown, the back is brown with whitish spots, and the underneath is whitish with long dark brown patches. The Little Bittern gives a loud and steady bass “a-a-a” call during the breeding season.

The Little Bittern inhabits swamps with bulrush and reed, river coasts with bushes and trees, and frequently flooded areas of rivers and other water basins. It breeds in Europe, in Asia (Iran, Iraq, Turkey, Jordan, Syria, Israel, Bangladesh, India, Pakistan, Thailand, Burma), Africa, south of the Sahara desert, Australia. In Bulgaria it is breeding and migratory and is found almost all over the country, mostly under 600 m above sea level. Most of the population is on the Danube river coast, in the Danube plain, the Thracian Valley, the Black Sea coast and the Sofia Plain. It flies to Bulgaria in March and April and flies away in September and October. It winters in areas from Africa, south of the Sahara desert, to India.

The Little Bittern is a night bird and searches for food after sunset. It preys on small fish, frogs, leeches, water insects, clams, snails, and worms. On rare occasions it attacks the nests of small swamp birds and destroys their eggs and chicks.

Male Little Bitterns fight over the females. They nest on the ground of coasts, between piles of dry reed in the water, or at the lower part of bushes or trees. The female builds the nest alone using the stems of swamp plants and small roots and lays its inside with dry grass. It lays from 5 to 7 white eggs which it broods for 3 weeks. Chicks start walking around the nest on the 10th day, but only after they reach the 25th do they start flying and leaving the nest.

According to IUCN its status is Least Concern, but in Bulgaria according to the Red Data Book it is Endangered.