There is age dimorphism. The adults are gray-brown with almost black wings; the head and neck are whitish; the beak is massive, yellow, on the top strongly curved downwards; the tail is short, rounded and white. Young birds are darker in color, with dark tails and a black beak. The rear edge of the wings is arched and serrated; the head leaned forward.

Issues sounds especially during “courtship”, nesting and territorial defense. The male makes a loud and hoarse cry, and the feminine – deep and dense.

It is found in Europe (including Bulgaria) and Asia, from the tundra to the desert areas, on a territory about 3000 km wide. Population in the European Union does not exceed 600 pairs, mostly in Norway, Germany,Poland.

It inhabits areas around rivers, lakes, sea basins and oceans rich in food (fish and waterfowl), with tall trees. During the autumn-winter period it is also near artificial ponds – dams, fishponds and others.

In Bulgaria it is a permanent species, with wintering predominantly young birds from more northern regions (the delta of the Danube River). In the past he has often nestled along the Danube River, the Black Sea coast and along the valleys of the great rivers in the plains.

Territorial birds, the young are wandering, but between the fifth and the tenth year they settle in a certain place. Hunting on land and the water can catch and pick up fish or other prey up to 8 kg in the air. The prey of the eagle is mainly large fish, geese, swans, cranes, ducks, lagomorphs, seal pups. Sometimes it takes the prey of the Osprey and other fish-eating birds. He also haunts diving birds.

Nest – The couple always have a few on their territory, each year repairing and using one of them. A sufficient old nest can reach 5 m in height and 2 m in diameter. It is located in the crown of a suitable tree or a rocky cornice. Eggs – 2 (very rarely 3) white, 75 mm in length. Incubating lasts 35-42 days. The female hatches most of the time but periodically changed from the male. The little one leaves the nest at about 70-90 days of age. Population maturity occurs in the fifth year and at the tenth finally yields the appearance and plumage of an elderly bird. 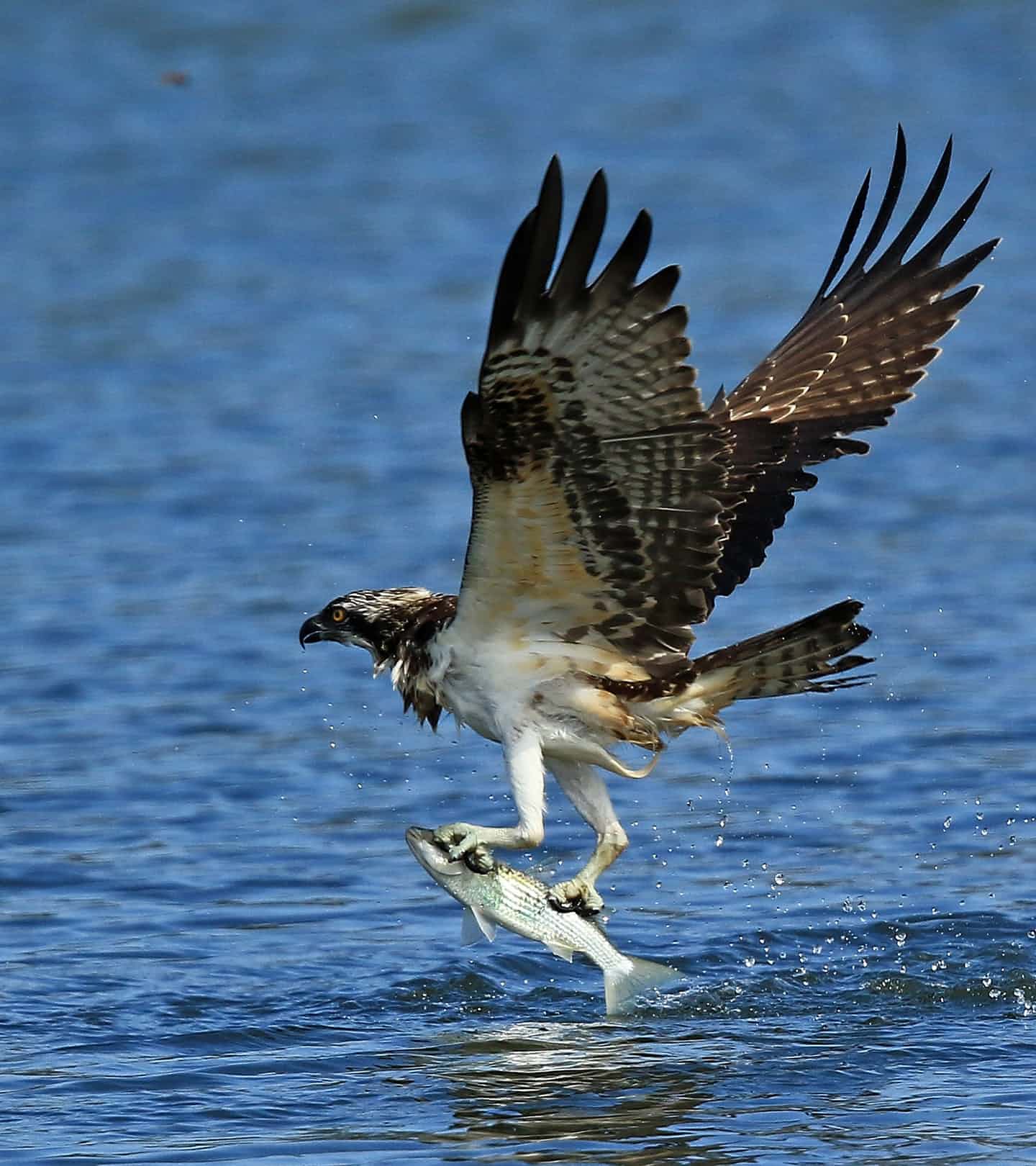