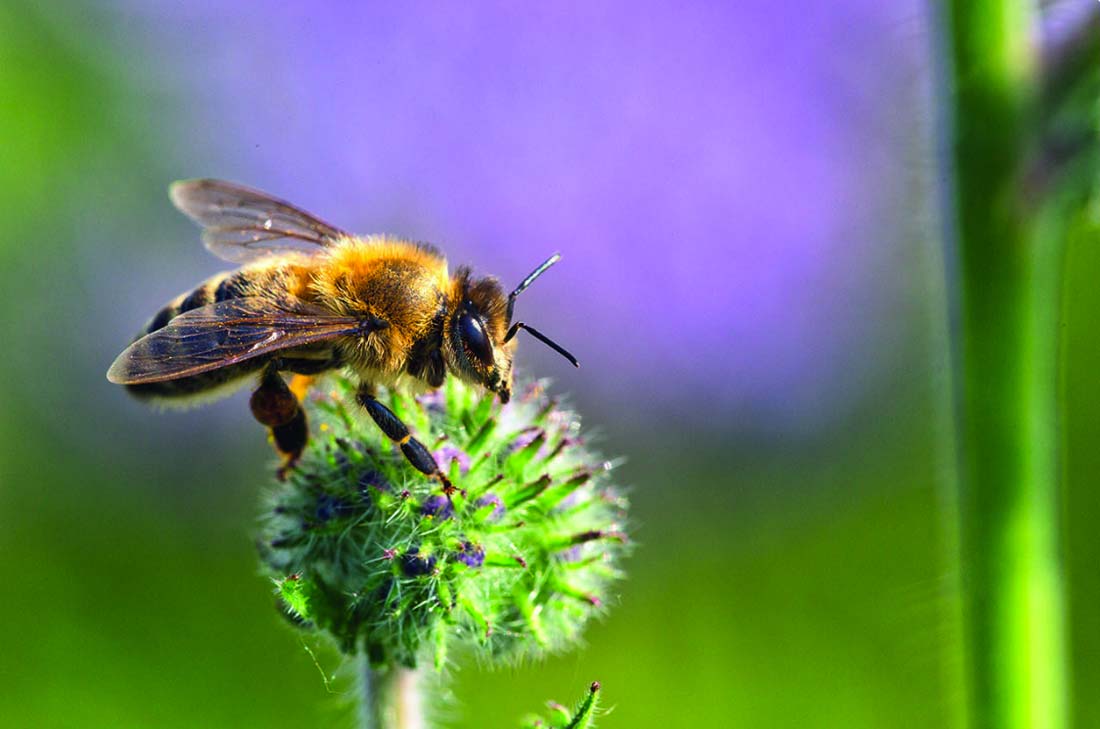 It never rains, but it pours. Only last week it was announced that the US Fish and Wildlife Service was considering listing a species of bee under the Endangered Species Act for the very first time. Now it seems that the rusty patched bumblebee has been beaten to the finish line, as another seven species of bee, all of which are only found on Hawaii, have this week been officially put on the list, as recommended by The Xerces Society.

The bees in question are yellow-faced bees, and are the only native bee species on Hawaii. From a single species of insect that must have made the initial sea crossing long before humans got there, there are now 63 species of yellow-faced bees on the islands. With no other bees living on the archipelago to compete with, the yellow-faced bees evolved to exploit all the islands habitats, from the shoreline to the alpine deserts, and all the different forest types in between. But this isolation and specialization has made them extremely vulnerable.

Of the 63 original species, nine have not been seen in the last year and are thought to be extinct, while seven are sufficiently threatened that they are now considered endangered. The threats faced by the industrious little insects are varied, but many relate to humans altering the native vegetation that the bees rely on. An increase in forest fires coupled with the introduction of non-native plants has changed the succession of habitats, while cattle and goats alter the grasslands, and even the introduction of earthworms has shifted the local nutrient balance in forests.

The yellow-faced bees almost exclusively feed on native plants, so as these are fragmented and impacted, the bees feel the effects. Not only that, but the introduction of ants has also had a negative impact, as they don’t just predate on the bees, they out-compete them for the nectar. These factors have all taken their toll on the species, something that The Xerces Society has been trying to document. In fact, it has taken them 10 years of study and campaigning to finally get the bee federal protection.

While things are not looking great for the seven species now listed (not all species of bee, as some websites have reported), it is not all bad news. The increase in research has actually managed to turn up even more species of yellow-faced bees, with 11 new species described in the last 15 years alone. Either way, more protection needs to be granted to the unique flora and fauna of Hawaii to make sure it is not further damaged by human interference.