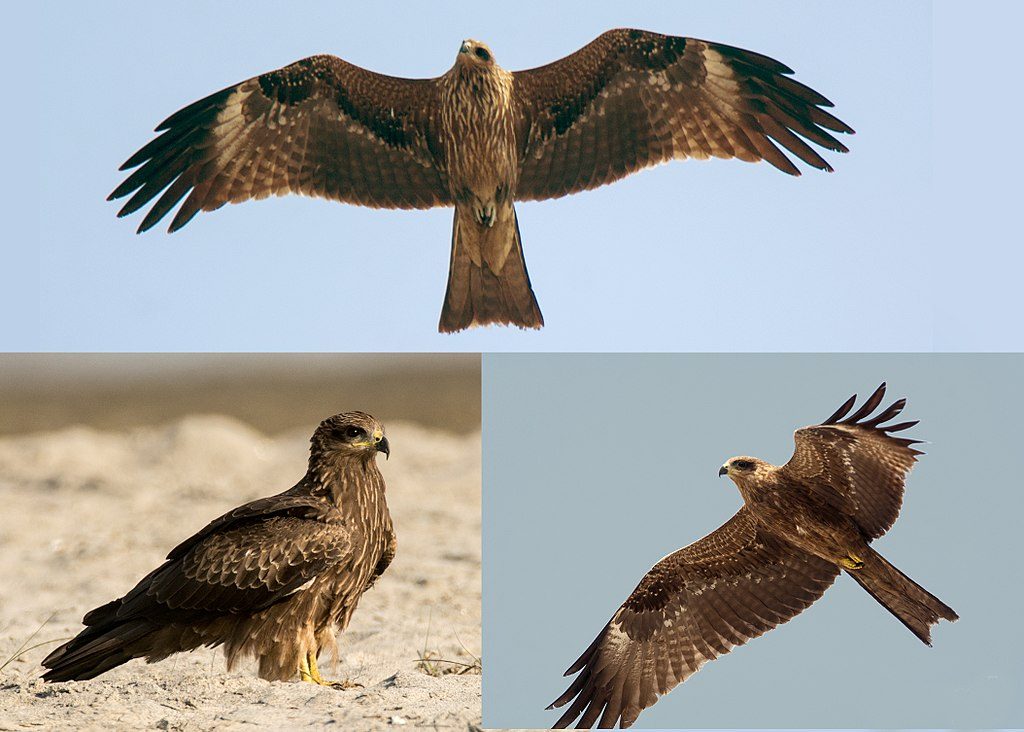 Black kites can be distinguished from red kites by the slightly smaller size, less forked tail (visible in flight), and generally dark plumage without any rufous. The sexes are alike though the male is a little smaller and less aggressive (this is the case in most birds of prey).

The upper plumage is brown but the head and neck tend to be paler. The patch behind the eye appears darker. The outer flight feathers are black and the feathers have dark cross bars and are mottled at the base. The lower parts of the body are pale brown, becoming lighter towards the chin. The body feathers have dark shafts giving it a streaked appearance. The cere and gape are yellow, but the bill is black (unlike that of the yellow-billed kite). The legs are yellow and the claws are black. They have a distinctive shrill whistle followed by a rapid whinnying call.

Males and females have the same plumage but females are longer than male and have a little larger wingspan. Their wingspan is around 140 – 165 cm. Body length: 61 – 72 cm.

Species of the Old World with widespread distribution in Europe, Asia, Africa, Fr. Madagascar, Australia and the Indo-Malay Archipelago. The European population is relatively small – less than 100,000 pairs, with a significant decline in 1970-1990, with the negative trend continuing in most of Europe.

In Bulgaria it is a nesting-migratory, transient and partly wintering species. In the past it was relatively common around the rivers Danube, Maritsa, etc., as well as on the Black Sea coast. During the breeding season it is most often along the Danube and its tributaries, along the rivers Maritsa, Tundzha and their tributaries, Sakar, Dervenski uplands. During wanderings and migrations it is all over the country, but the migration along the Black Sea coast is more significant.

It inhabits flat and hilly areas of the country, without the mountainous area over 1000 m above sea level. It has a preference for places near wetlands, even with increased anthropogenic pressure. In the south it can often be found near human settlements. Its life is generally related to water and it rarely moves far from water basins. In some cities in Africa and the Middle East, it is a common part of the urban landscape, digging up garbage cans and stealing meat alongside crows and other similar birds. Most of the subspecies, especially the more northern ones, are migratory. European populations most often winter in Africa, where they encounter native races and subspecies. Spring migration is in March-May, and autumn – in August-October.

Black kites are most often seen gliding and soaring on thermals as they search for food. Their flight is buoyant and the bird glides effortlessly, changing directions easily. They will swoop down with their legs lowered to snatch small live prey, fish, household refuse and carrion, for which behaviour they are known in British military slang as the shite-hawk. They are opportunist hunters and have been known to take birds, bats,and rodents.

European birds breed in summer. Birds in the Italian Alps tended to build their nest close to water in steep cliffs or tall trees. Nest orientation may be related to wind and rainfall. After pairing, the male frequently copulates with the female. Unguarded females may be approached by other males, and extra pair copulations are frequent. Males returning from a foraging trip will frequently copulate on return, as this increases the chances of his sperm fertilizing the eggs rather than a different male.

Both the male and female take part in nest building, incubation and care of chicks. The typical clutch size is 2 or sometimes 3 eggs. The incubation period varies from 30–34 days.

The care of young by the parents also rapidly decreased with the need for adults to migrate. Siblings show aggression to each other and often the weaker chick may be killed, but parent birds were found to preferentially feed the smaller chicks

Newly hatched young have down (prepennae) which are sepia on the back and black around the eye and buff on the head, neck and underparts. This is replaced by brownish-gray second down (preplumulae). After 9–12 days, the second down appears on the whole body except the top of the head. Body feathers begin to appear after 18 to 22 days. The feathers on the head become noticeable from the 24th to 29th day. The nestlings initially feed on food fallen at the bottom of the nest and begin to tear flesh after 33–39 days. They are able to stand on their legs after 17–19 days and begin flapping their wings after 27–31 days. After 50 days, they begin to move to branches next to the nest.

Birds are able to breed after their second year.

Parent birds guard their nest and will dive aggressively at intruders.

It is a rare and legally protected species on the territory of Bulgaria. In the Red Book of the Republic of Bulgaria. International status: IUCN – Least Concern (IUCN 3.1); ECS-spec 3, vulnerable; DP-I, BeK-II, CITES-II, BoK-II. 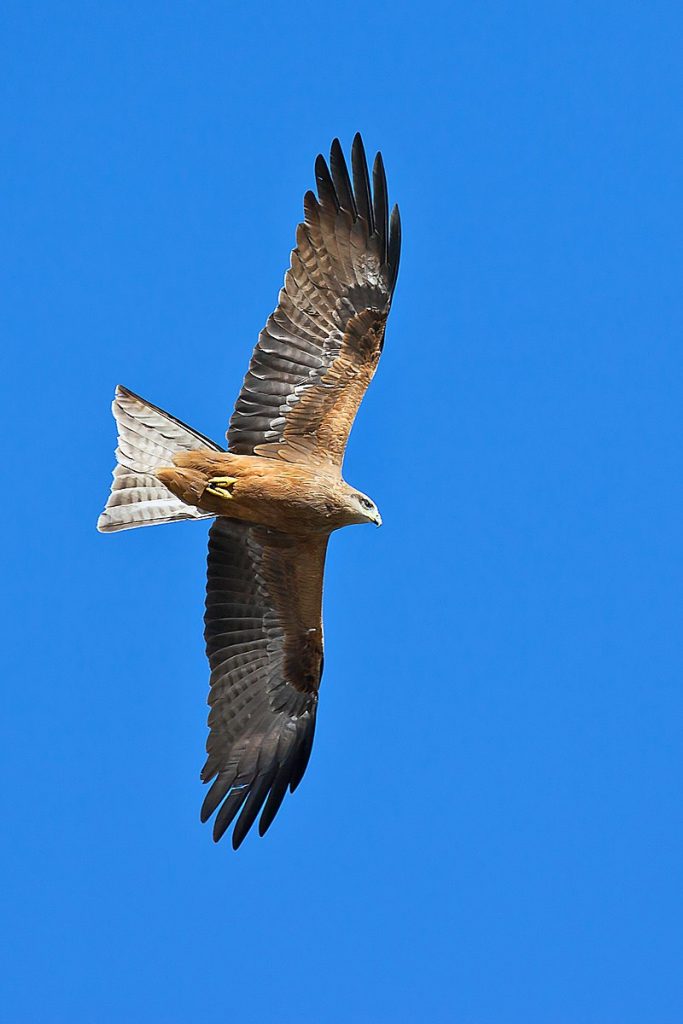 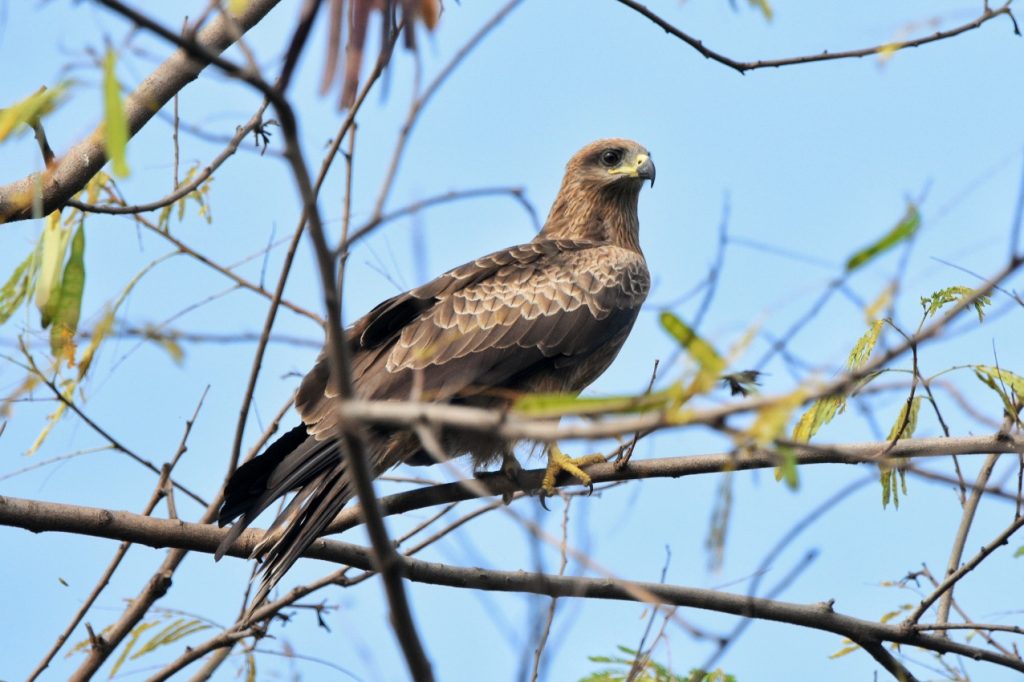 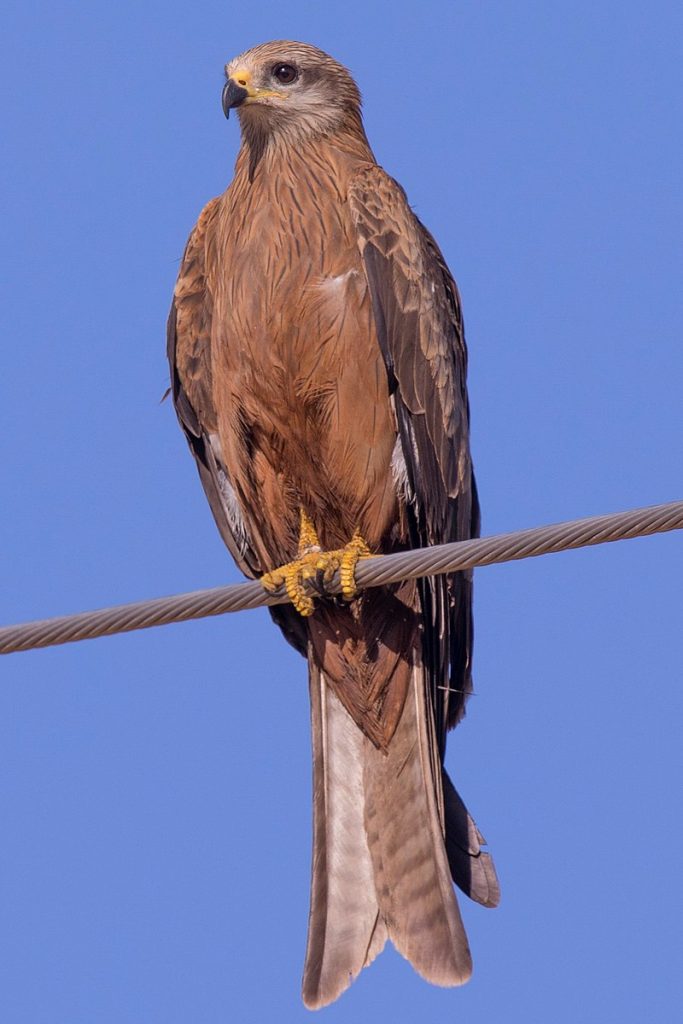