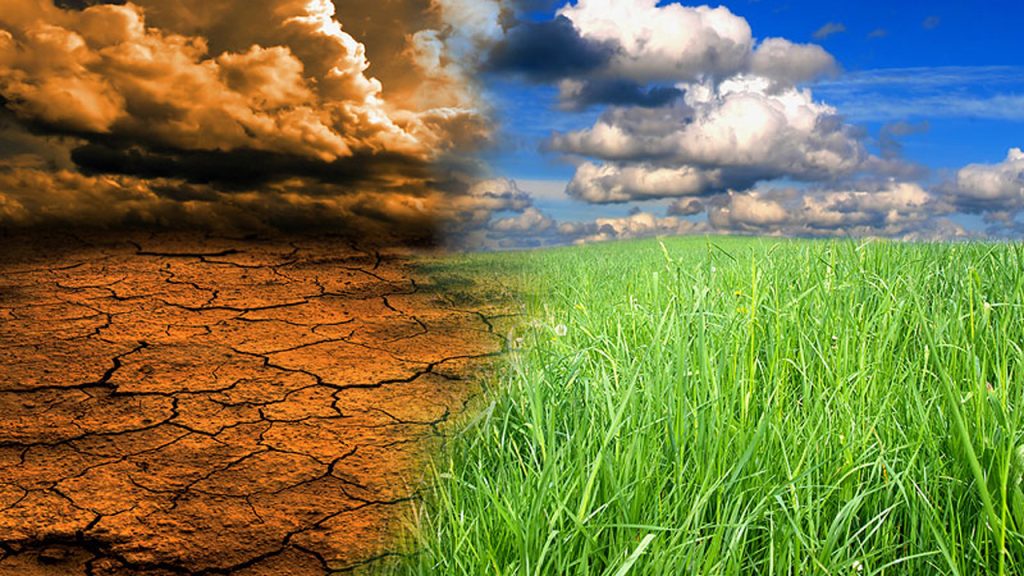 The Earth is getting warmer and time is running out to prevent irreversible damage to our planet. The average surface air temperature has risen about 1°C since 1900, with over half the increase coming since the mid-1970s, as human activity has increased the concentration of atmospheric carbon dioxide by 40% since the start of the 20th century. This has warmed the oceans, caused sea levels to rise, decreased coverage of snow and ice in the Northern Hemisphere and melted sea ice in the Arctic.

But while the situation is dire, it’s not hopeless. There are solutions in our grasp to slow or even reverse climate change. Below, find five things that we – businesses and individuals – can do to make things better today and how technology can put us on a path to healing the earth.

Support Efforts to Reduce Deforestation
Forests absorb carbon dioxide, generating and releasing oxygen in its place. They also store carbon in their trunks and roots as well as in the soil below them. When trees are cut down, they release their stored carbon into the environment as CO2. For these reasons the quest to reduce deforestation was a focus for governments at COP26 and affects every person on earth.

“The underground biomass retains vast quantities of carbon,” says Jocelyne S. Sze, a Ph.D. candidate in Ecology and Evolutionary Biology at the University of Sheffield’s School of Biosciences at the Grantham Centre for Sustainable Futures. “And it’s not just the trees that sequester carbon, it’s also the fungi and bacteria and the whole ecosystem on the ground.”

Illegal logging is one of the threats against the trees, but there is good news. Climate warriors are already taking the problem on. For instance, the charity Rainforest Connection (RFCx), in conjunction with partners including Huawei, is creating and deploying remote mobile listening devices to detect illegal logging.

RFCx installs solar powered audio monitoring systems called Guardians, which are computers housed in weatherproof boxes with solar panels, an antenna and a microphone, in forests across the world. These Guardians can “listen” in on the forest sounds and send messages to rangers when sounds of logging are detected.

“Sound is a really good way to expose illegal activities,” explains Chrissy Durkin, director of international expansion at Rainforest Connection. “You can detect the sound of a chainsaw from quite far away. Chainsaws have really low frequency sounds, and we can detect them and stop logging immediately.”

Protect Wetlands
Wetlands – which are saturated areas of land such as marshes and swamps – are extraordinary stores of carbon. The plants and grasses that grow there absorb carbon and store it in their roots and adjacent soil. But they are at risk of being lost forever due to infill and development, which causes carbon to be released into the environment. It also eliminates future carbon storage and can cause widespread fires and devastation, says Sze.

One of the most effective ways to protect wetlands is conservation and Huawei has recognized this by developing technologies to support these conservation efforts, says Victor Zhang, vice president of Huawei. In Lake Neusiedl in Austria, the tech giant is helping tackle biodiversity loss by using 70 Guardian listening stations to identify species and create adaptive conservation management.

“We believe that technology will provide the answers to reducing CO2e emissions but with the climate crisis already upon us, there is no time to waste in ensuring these solutions are developed as quickly as possible,” Zhang said.

Work from Home
Working from home is one way that individuals and businesses can make an immediate impact on global warming. A report commissioned by Huawei found that remote working could contribute 5% of the reduction in transport emissions required for the UK’s net-zero transport objective.

“The reduced emission that comes from being online and working more from home is about 24 megatons of carbon,” says Luca Schiavoni, senior analyst at Assembly Research.

Of course, working from home requires good connectivity, something that everyone can support and campaign for with the UK needing to move faster in adopting the best available connectivity technology, according to Zhang.

Install Solar
The energy supply sector is the largest contributor to global greenhouse gas emissions, responsible for about 35% of total emissions, according to the IPCC. We can eliminate much of those emissions by switching from fossil fuels to solar energy systems, also called photovoltaic systems (PV). These systems collect energy emitted by the sun and convert it into electricity that’s stored on-site in special batteries without any combustion.

There are big benefits to going solar. In the Middle East, Huawei Digital Power has partnered with Saudi Arabia’s Red Sea Energy Storage Project to deliver the world’s largest energy storage project in the world, consisting of 400 MW of PV and a 1.3 GWh battery energy storage system. It will meet the future energy requirements of millions of people including supplying NEOM, a new coastal city that is set to be the first in the world to be powered completely with renewable energy.

Switch to Electric Vehicles
After energy, transport is the next largest cause of greenhouse gas emissions, accounting for more than a quarter of the UK’s total. A simple way to reduce emissions is by switching from petrol or diesel-powered vehicles to electric vehicles – and this transition is already under way, with a ban on the sale of new combustion-engine vehicles coming into force in 2030. But there’s another way too: by creating connected, integrated transport systems.

“Connectivity is part of the path to net-zero,” says Schiavoni. He and other researchers like him envision a world where our cars, vans and lorries are connected into a larger transport ecosystem in which they can instantly and automatically improve the way they drive, cutting emissions by between 13% and 45%.

“Connected vehicles won’t accelerate and stop as much as current cars and that will reduce emissions dramatically because a lot the emissions of cars come from inconsistency in speed,” he says. “We’re going to see cars that are able, for example, to detect slowdowns in traffic far away. The vehicles will talk to each other and talk to a transport system that will co-ordinate traffic.”

While the targets for net-zero may still seem a long way off, the initial steps towards that transition need to be taken now. And with every step we take, technology, such as those being developed by Huawei, will be there to support us and make the journey faster and smoother for everyone.