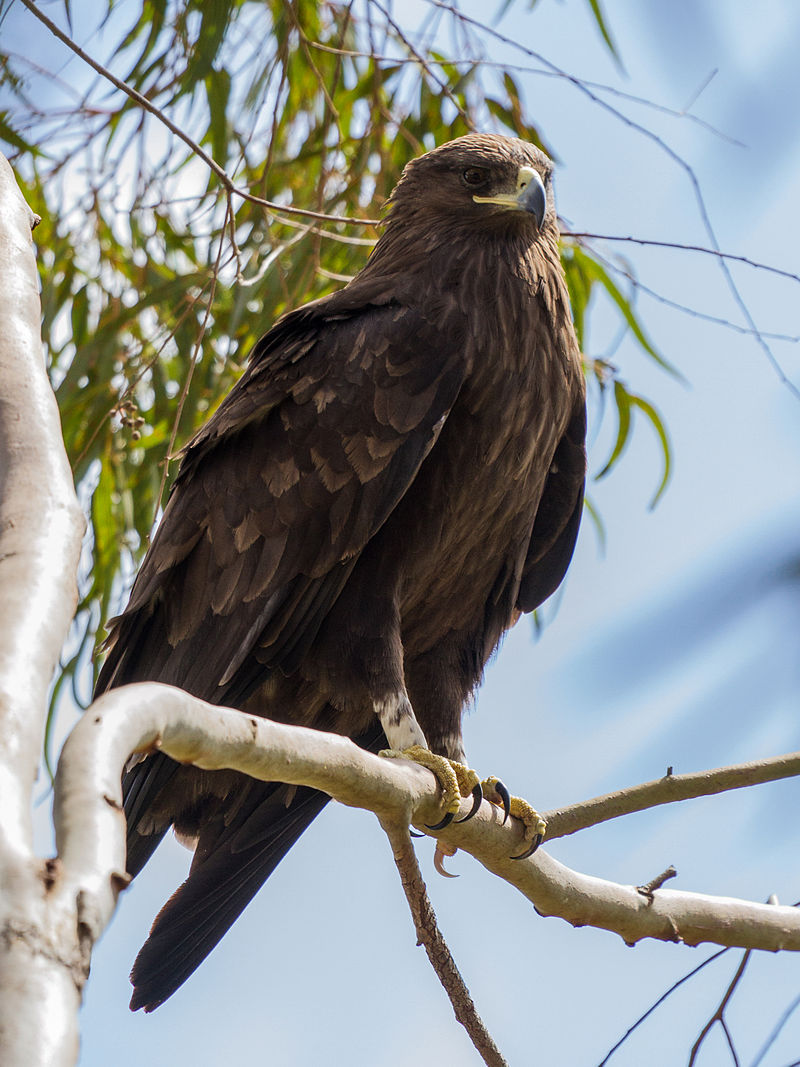 The greater spotted eagle (Clanga clanga), occasionally just called the spotted eagle, is a large bird of prey. Like all typical eagles, it belongs to the family Accipitridae. The scientific name clanga is from Ancient Greek κλαγγή, “scream”.

There is often a less obvious white patch on the upperwings, but a light crescent on the primary remiges is a good field mark. The white V mark on the rump is less clear-cut in adults than in the lesser spotted eagle (C. pomarina). The juvenile has white spots all over its wings and lacks a lighter nape patch.The call is a dog-like yip.

Palearctic species. It is found in Europe (including Bulgaria), Asia and Africa. Inhabits wetlands with concentrations of waterfowl and tall trees around, floodplains and other deciduous forests, shores of reservoirs, open southeastern slopes with upward air currents along the migration route.

This is a species of wooded country. The population is entirely migratory. It breeds from northern Europe eastwards across Eurasia, and winters in south-eastern Europe, north-eastern Africa, the Middle East and the Indian Subcontinent. Migration to the breeding grounds takes place fairly late.

It migrates regularly along the Black Sea coast (Kaliakra, Balchik, Albena, Kamchia River, Sunny Beach, Atanasovsko Lake, Vaya Lake, Ropotamo River), near Kotlenska Mountain, Byala River in the Eastern Rhodopes and others. It winters around the Shabla and Durankulak lakes, the Ropotamo river, the Ovcharitsa dam and others.

A very well-adapted predator, it hunts its prey in all possible ways, chasing it by flying, diving from above and including running on the ground. The eagle hunts small mammals and similar, mainly terrestrial, prey.

This eagle lays 1–3 eggs in a tree nest. Generally territorial, juveniles spend some time with their parents after fledging, until they reach sexual maturity and seek out a territory and a mate of their own.

It is classified as vulnerable to extinction by the IUCN.[1] As of 2000, the world population of this eagle was estimated at less than 4,000 breeding pairs. The primary threats are habit degradation and habitat loss, as well as human disturbance during the mating season.

On the territory of Bulgaria is a rare and legally protected species. The greater spotted eagle (Clanga clanga), occasionally just called the spotted eagle, is a large bird of prey. Like all typical eagles, it belongs to the family Accipitridae. The scientific name clanga is from Ancient Greek κλαγγή, “scream”. 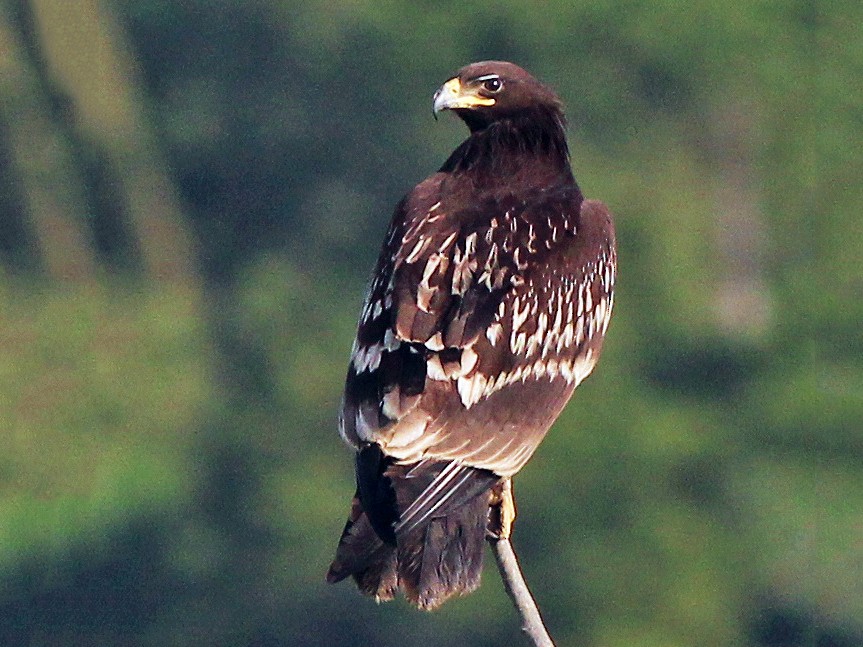 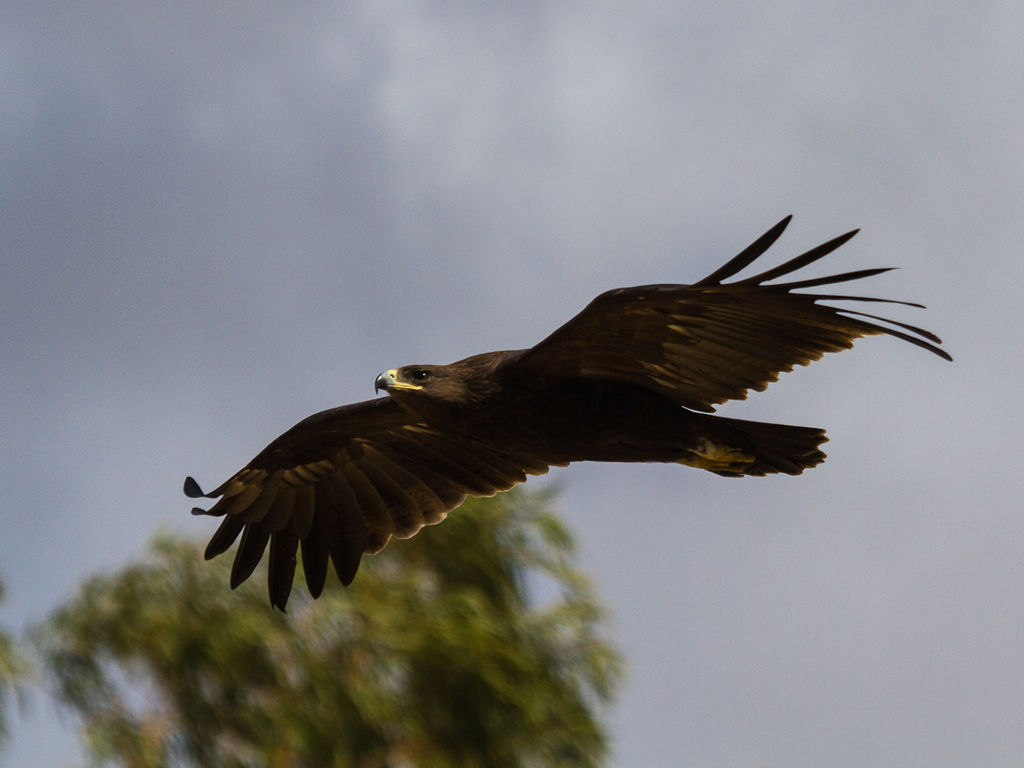