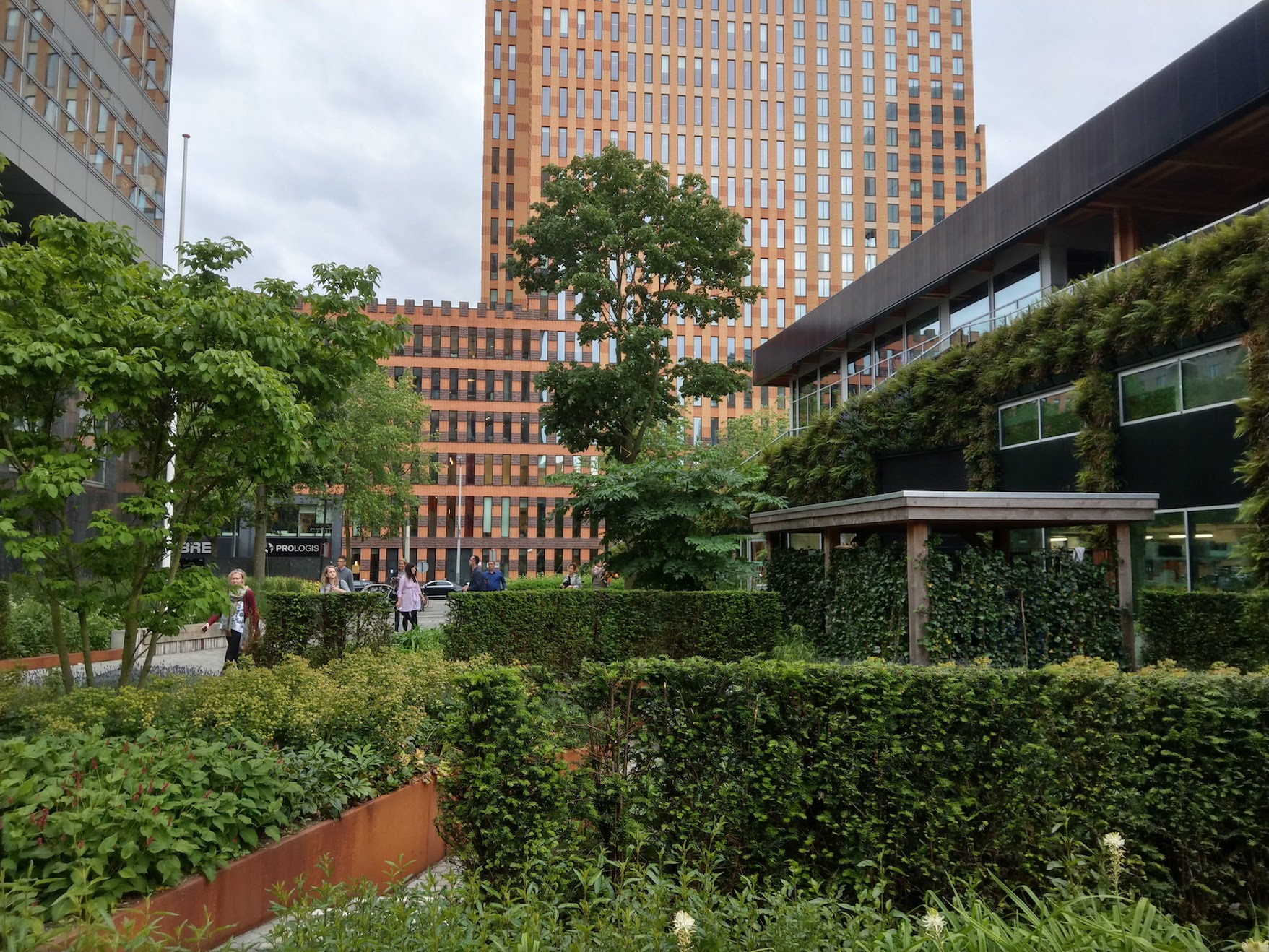 A new study models ecosystem services at a local level to support urban planning in Amsterdam, the Netherlands. The researchers assess how ecosystem services might change in the city as green infrastructure (GI) — natural and semi-natural features such as parks and green roofs — is developed. By identifying the key factors that generate value for residents, the approach could help planners optimise green infrastructure and communicate its importance to decision-makers, investors and residents.

GI  across  soil,  vegetation  and  water  (with  the  latter  sometimes  called  ‘blue  infrastructure’)  provides  people with valuable ecosystem services. Such structures can mitigate pollution and extreme weather — trees, for example, absorb carbon dioxide, provide shade and soak up heavy rain — as well as providing recreation opportunities and causing property values to increase. However, tools are needed to assess how best to incorporate GI into urban development, say the researchers behind an Amsterdam-based study. As the city’s 850 000-strong population will increase by a projected 70 000 by 2025, the necessary development  of  ‘grey’  infrastructure  (built-up  and  paved  areas)  will  compete  for  resources,  making  it  increasingly important to justify the value and importance of GI, the researchers note.

To  support  planning  and  communication  about  GI,  the  study  applies  an  approach  called  the  Natural  Capital  Model  to  quantify  and  map  the  socioeconomic  benefits  of  ecosystem  services.  Amsterdam  is  implementing its Green Quality Impulse (KwaliteitsImpuls Groen) spatial plan to expand and improve the city’s GI by the year 2025, in-line with goals to transition into a sustainable, climate-proof and socially attractive urban environment. The researchers apply the Natural Capital Model across three scenarios relevant under this plan, each capturing different potential levels of GI change, and compare the benefits to a reference scenario (which foresees no increase in green infrastructure).

To develop these scenarios, the researchers consulted the local authority about planned changes and worked with an urban design firm to envision where GI would be located, considering the projected changes in residential infrastructure. Six types of benefits were then assessed for each scenario: air quality, physical activity, property value, urban cooling, urban health and water storage.

According to the model, the highest overall increase in ecosystem service benefits was found in the green neighbourhoods scenario, despite it having the lowest net expansion in vegetation cover (249 hectares  (ha))  and  woody  vegetation.  This  was  due  to  green  neighbourhoods’  initiatives  typically  located in densely populated, built-up areas, where more people can experience health and physical activity benefits. These benefits were valued at €22 million/year (€6 million from reduced mortality; €3 million from reduced health costs; and €13 million from reduced labour costs — due to factors such as reduced absenteeism, increased productivity, and fewer citizen visits to a general practitioner).

The green  network  scenario  revealed  the  highest  improvement  in  air  quality  (reducing  levels  of  particulate matter (PM10) by 8 100 kilograms per year — by increasing pollution-retaining tree cover by 454 ha) and water storage (due to the capacity of vegetation to soak up rain, which reduced water treatment costs). This resulted in health and economic benefits worth €0.4 million and €1.1 million per year, respectively.

The urban  parks  scenario  brought  the  greatest  cooling  benefits  due  to  increased  tree  cover  (258  ha), which reduced the urban heat island effect by 0.04°C. Overall, however, it produced relatively low increases in benefits.

Additional  workshops  revealed  that  urban  planners  were  less  interested  in  the  economic  value  generated by GI than in socioeconomic wellbeing. However, as lack of awareness of such benefits can result in the conversion of urban nature into built infrastructure, the researchers note the necessity of an economic case for investing into GI.

The  researchers  were  unable  to  estimate  the  costs  of  the  GI  modelled,  but  acknowledge  that  it  can  be  most  expensive  to  introduce  GI  in  densely  populated  areas  where  there  are  small  or  no  gardens, for example, which poses a trade-off in the scenario conferring the greatest benefits (green neighbourhoods). They also acknowledge that the model relies on simplification, for example by using just  one  indicator  for  air  quality  improvement  (reduction  in  particulate  matter)  and  not  considering  complexities such as the effect of street trees trapping pollution. Nevertheless, it provides a useful tool to assess the benefits of Amsterdam’s Green Quality Impulse, they argue, providing detailed insights on how different strategies may influence ecosystem service delivery and allow planners to optimise and communicate ecosystem-service delivery through GI.