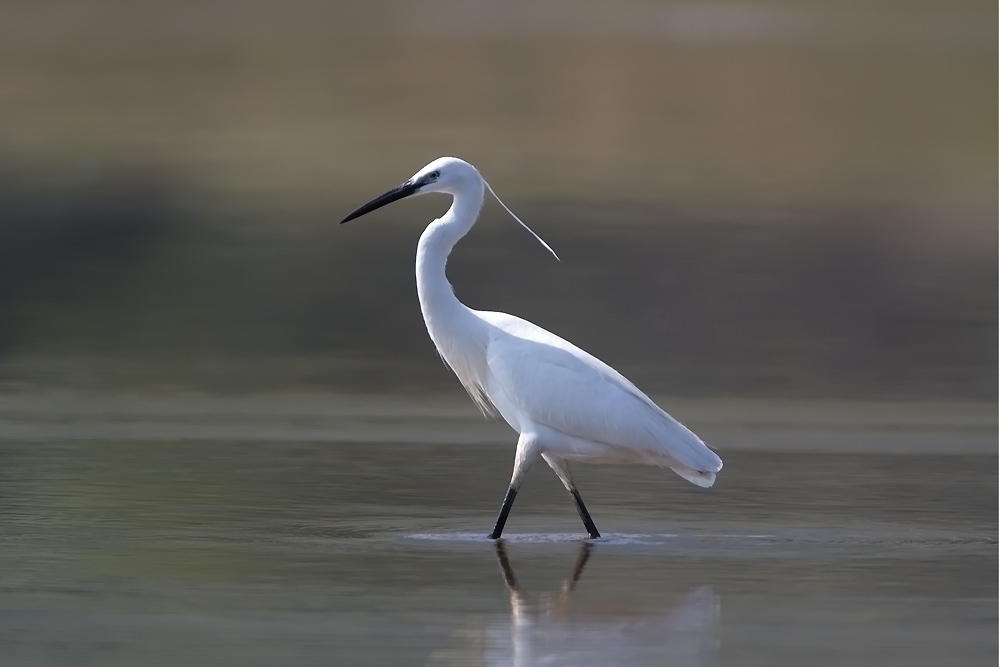 It is a white bird with a slender black beak, long black legs and, in the western race, yellow feet.

The adult little egret is 55–65 cm  long with an 88–106 cm wingspan, and weighs 350–550 g. Its plumage is normally entirely white, although there are dark forms with largely bluish-grey plumage. In the breeding season, the adult has two long plumes on the nape that form a crest. These plumes are about 150 mm and are pointed and very narrow. There are similar feathers on the breast, but the barbs are more widely spread. There are also several elongated scapular feathers that have long loose barbs and may be 200 mm long. During the winter the plumage is similar but the scapulars are shorter and more normal in appearance. The bill is long and slender and it and the lores are black. There is an area of greenish-grey bare skin at the base of the lower mandible and around the eye which has a yellow iris. The legs are black and the feet yellow. Juveniles are similar to non-breeding adults but have greenish-black legs and duller yellow feet, and may have a certain proportion of greyish or brownish feathers. The subspecies nigripes differs in having yellow skin between the bill and eye, and blackish feet. During the height of courtship, the lores turn red and the feet of the yellow-footed races turn red.

Little egrets are mostly silent but make various croaking and bubbling calls at their breeding colonies and produce a harsh alarm call when disturbed. To the human ear, the sounds are indistinguishable from the black-crowned night heron (Nycticorax nycticorax) and the cattle egret (Bubulcus ibis) with which it sometimes associates.

Its breeding distribution is in wetlands in warm temperate to tropical parts of Europe, Africa, Asia, and Australia. A successful colonist, its range has gradually expanded north.

In warmer locations, most birds are permanent residents; northern populations, including many European birds, migrate to Africa and southern Asia to over-winter there. The birds may also wander north in late summer after the breeding season, and their tendency to disperse may have assisted in the recent expansion of the bird’s range.

As an aquatic bird, it feeds in shallow water and on land, consuming a variety of small creatures. Little egrets are sociable birds and are often seen in small flocks. Nevertheless, individual birds do not tolerate others coming too close to their chosen feeding site, though this depends on the abundance of prey. They use a variety of methods to procure their food; they stalk their prey in shallow water, often running with raised wings or shuffling their feet to disturb small fish, or may stand still and wait to ambush prey. They make use of opportunities provided by cormorants disturbing fish or humans attracting fish by throwing bread into water. On land they walk or run while chasing their prey, feed on creatures disturbed by grazing livestock and ticks on the livestock, and even scavenge. Their diet is mainly fish, but amphibians, small reptiles, mammals and birds are also eaten, as well as crustaceans, molluscs, insects, spiders and worms.

Little egrets nest in colonies, often with other wading birds. In Europe, associated species may be squacco herons (Ardeola ralloides), cattle egrets, black-crowned night herons and glossy ibises (Plegadis falcinellus). The nests are usually platforms of sticks built in trees or shrubs, or in reed beds or bamboo groves. Pairs defend a small breeding territory, usually extending around 3 to 4 m from the nest. The three to five eggs are incubated by both adults for 21 to 25 days before hatching. They are oval in shape and have a pale, non-glossy, blue-green shell colour. The young birds are covered in white down feathers, are cared for by both parents and fledge after 40 to 45 days

Globally, the little egret is not listed as a threatened species and has in fact expanded its range over the last few decades. The International Union for Conservation of Nature states that their wide distribution and large total population means that they are a species that cause them “least concern”.

In Bulgaria: in the Red Book of Bulgaria – vulnerable. Protected by BDA. Most traditional nesting sites are included in the boundaries of protected areas. 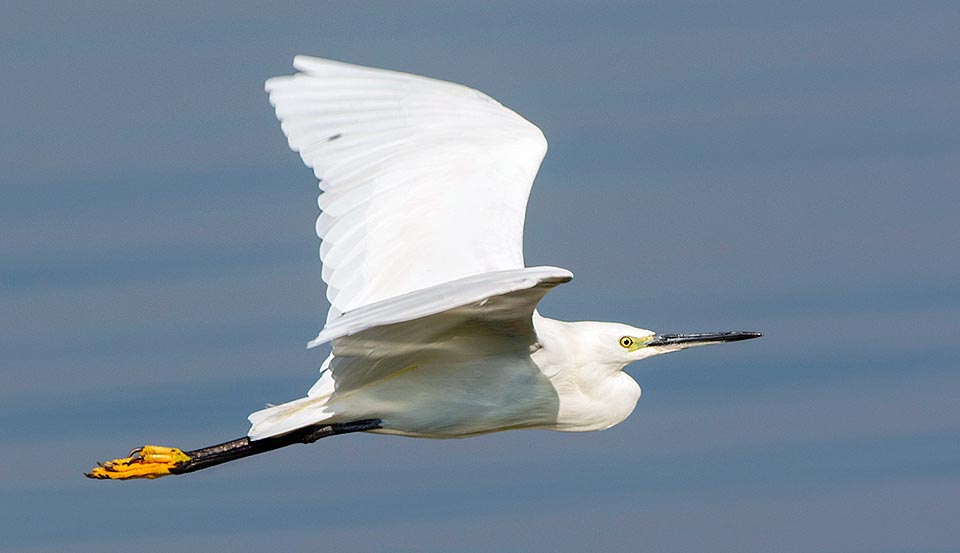 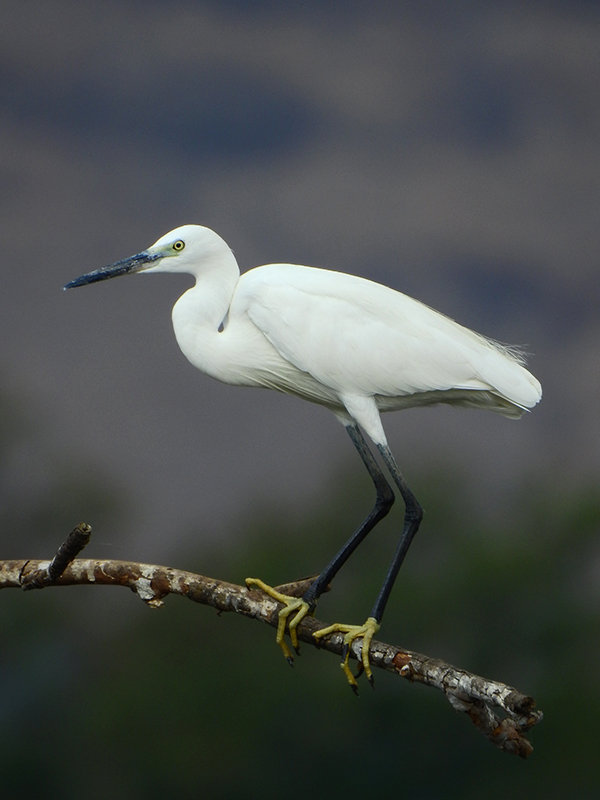