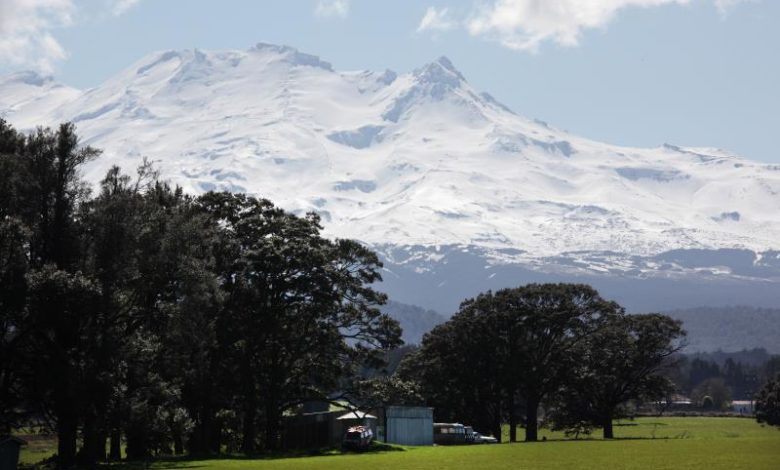 New Zealand has declared a climate change emergency and committed to a carbon-neutral government by 2025, in what the prime minister Jacinda Ardern called “one of the greatest challenges of our time”.

A motion tabled in parliament on Wednesday recognised “the devastating impact that volatile and extreme weather will have on New Zealand and the wellbeing of New Zealanders, on our primary industries, water availability, and public health through flooding, sea level rise, and wildfire”.

Thirty-two other nations have formally acknowledged the global crisis by declaring a climate emergency.

The motion acknowledged the “alarming trend in species decline and global biodiversity” including the decline in New Zealand’s indigenous biodiversity.
The declaration of a climate emergency was supported by the Green Party and Māori Party and opposed by the National and Act parties.

Speaking in parliament after its introduction, Ardern said the country must “act with urgency”.

“It is up to us to make sure we demonstrate a plan for action, and a reason for hope.”

Ardern said the government sector will be required to buy only electric or hybrid vehicles, the fleet will be reduced over time by 20% and all 200 coal-fired boilers used in the public service’s buildings will be phased out.

The motion also calls for recognition of the “significant progress on meeting the challenge” by the country through signing the Paris Agreement and passing the Zero Carbon Act 2019, which commits New Zealand to reducing emissions.

That legislation – which sets up a Climate Change Commission tasked with putting the country on a path to net zero emissions by 2050 – made New Zealand one of few countries to have a zero-emissions goal enshrined in law.

But experts says the country is well behind on changes needed. The lack of action was “embarrassing” and had become “untenable”, University of Canterbury political science professor Bronwyn Hayward said last week. “The irony is, even under [President] Trump, the US is going to have made better per-capita reductions than we have.”

Writing in The Conversation, Robert McLachlan, a professor of applied mathematics at Massey University, said New Zealand was yet to make emissions reductions. Of 43 industrialised countries, New Zealand is among 12 that have seen net emissions increase between 1990 and 2018.

This is despite strong statements from the prime minister, such as this when the Zero Carbon Act was passed in November last year: “[New Zealand is] on the right side of history. I absolutely believe and continue to stand by the statement that climate change is the biggest challenge of our time.”

Wednesday’s declaration also said the government will “demonstrate what is possible to other sectors of the economy by reducing the government’s own emissions and becoming a carbon-neutral government by 2025”.

But opposition parties have described the move as a publicity stunt, with the National Party leader, Judith Collins, calling it “virtue signalling”.

“We think it’s all very well to declare an emergency but there’s no proper plan in place as to how to deal with it,” Collins told Radio New Zealand.

As an example, she pointed to the government’s fleet of more than 15,000 vehicles, of which only about 10% are electric.

New Zealand contributes just 0.17% of global emissions but that is high for its size, placing it 17th out of 32 OECD countries. Its net emissions have risen by 60% in the past two decades.

The nation’s biggest source of CO2 emissions is road transport but most greenhouse gases stem from agriculture.

New Zealand’s pledges have been seen internationally as less than required and the second-term Labour government is yet to introduce carbon-cutting policies that would put the country on track to meet its emission targets.