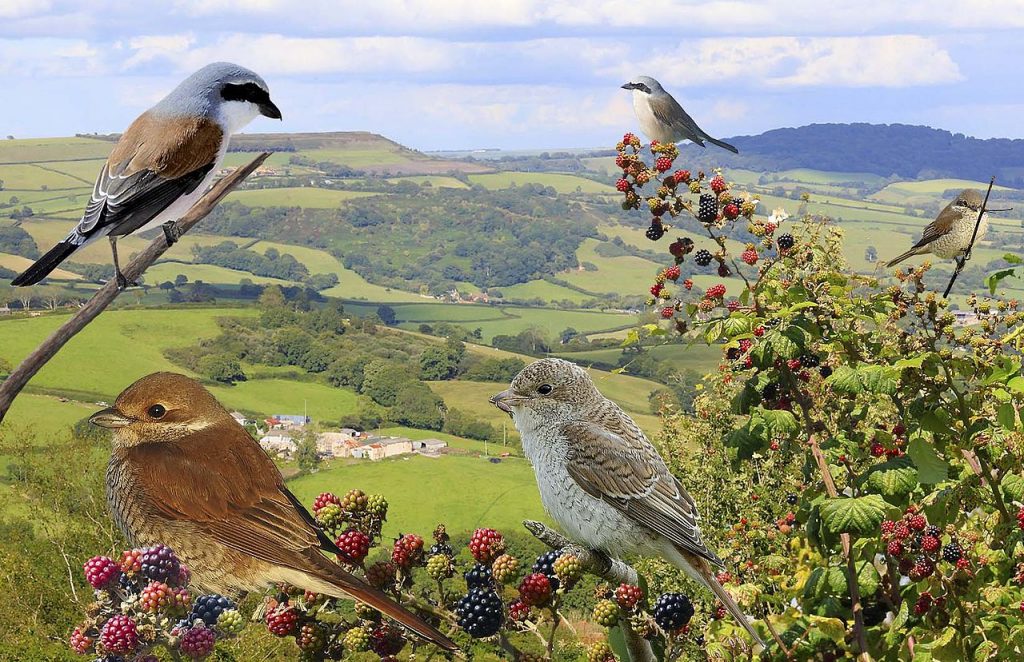 This 16–18 cm long migratory bird has a wingspan: 24 – 27 cm. The general colour of the male’s upper parts is reddish. It has a grey head and a typical shrike black stripe through the eye. Underparts are tinged pink, and the tail has a black and white pattern similar to that of a wheatear. In the female and young birds the upperparts are brown and vermiculated. Underparts are buff and also vermiculated.

– Juvenile/1st-winter: Like female, but usually more heavily vermiculated above. A few with warmer brown uppertail confusingly like immature Isabelline Shrike .

This is the most widespread species of shrike in Europe, with its nesting area covering almost all of Europe, Turkey, the Caucasus, northern Iran and western Siberia. Winters in South and Southeast Africa.

It inhabits open spaces with scattered bushes and low trees, which it uses for shelter and nesting, as well as during hunting. Prefers terrains with a slight slope and especially the southern slopes of hills and hills near rivers and lakes / dams.

Widespread species in Bulgaria, where it occurs only during the breeding season, with the first birds appearing in early May and flying to Africa in late August and early September.

The red-backed shrike eats large insects, small birds, frogs, rodents and lizards. Like other shrikes it hunts from prominent perches, and impales corpses on thorns or barbed wire as a “larder.” This practice has earned it the nickname of “butcher bird.”

The breeding season for the red-backed shrike begins in mid-May and at the latest at the end of June the female lays between 3 and 9 eggs. The nests are most often in the lower parts of thorny bushes, but sometimes in easily accessible places on the low branches of trees. The nest is built of thin twigs, leaves, grasses, feathers and more materials. Nests are often “decorated” with colored paper, fabric or thread. The eggs come in a variety of shapes and colors and weigh an average of about 3 grams.

The chicks hatch on the 14th day after laying the eggs and are fed by both parents for another 15 days before taking off from their nests. The cuckoo often lays its eggs in the nests of this species.

The bird is listed as a “least concern”. The Red-backed Shrike is one of the main insectivorous species in the open agricultural areas, which determines the great usefulness of the species in terms of controlling the number of insects and therefore is protected by Bulgarian legislation. 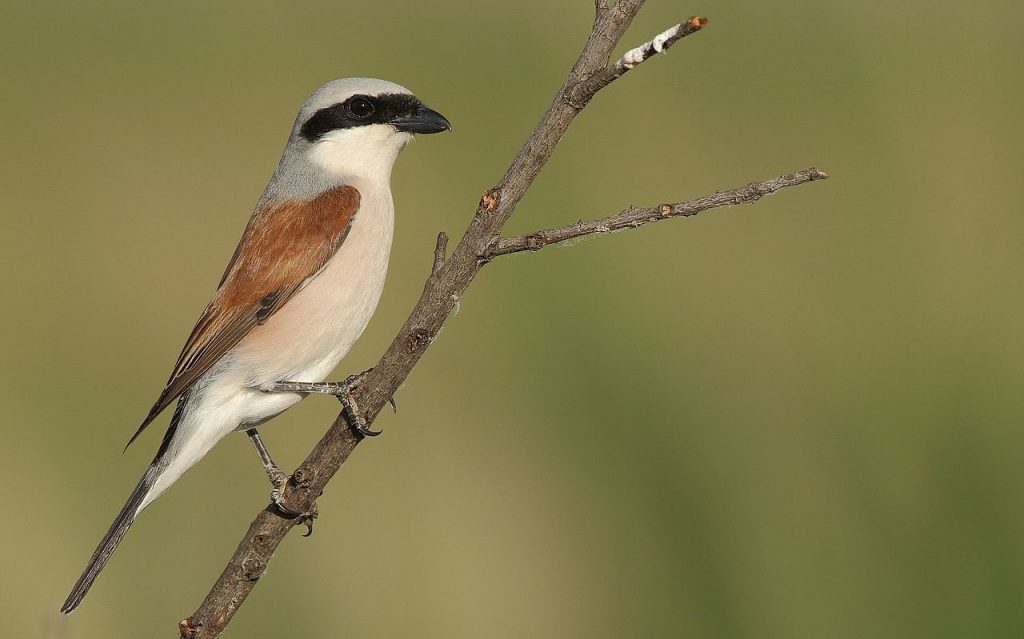 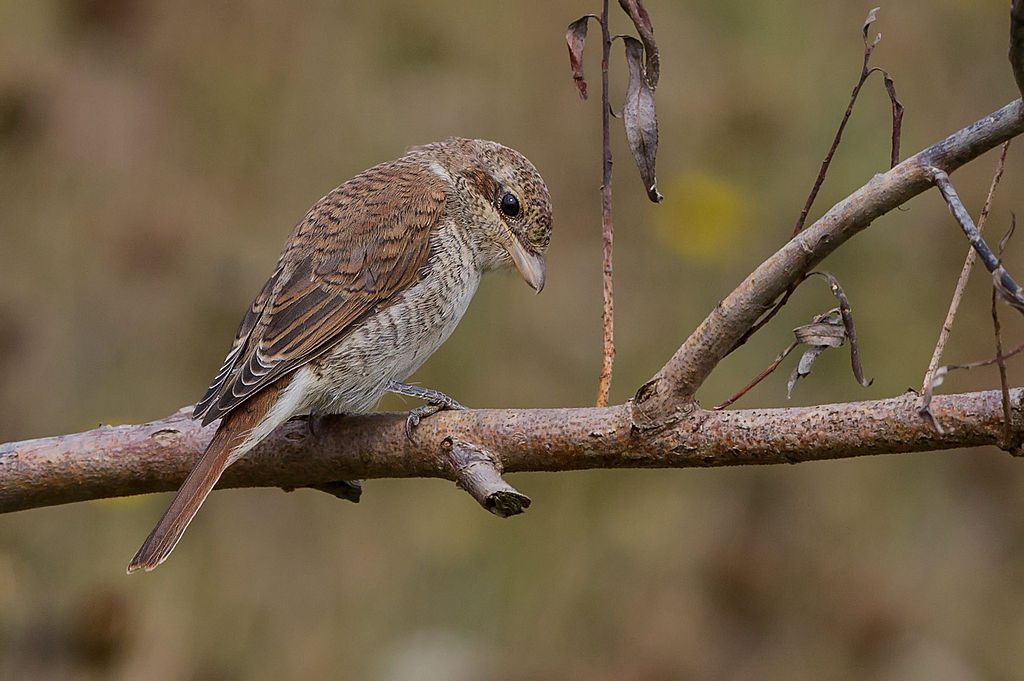 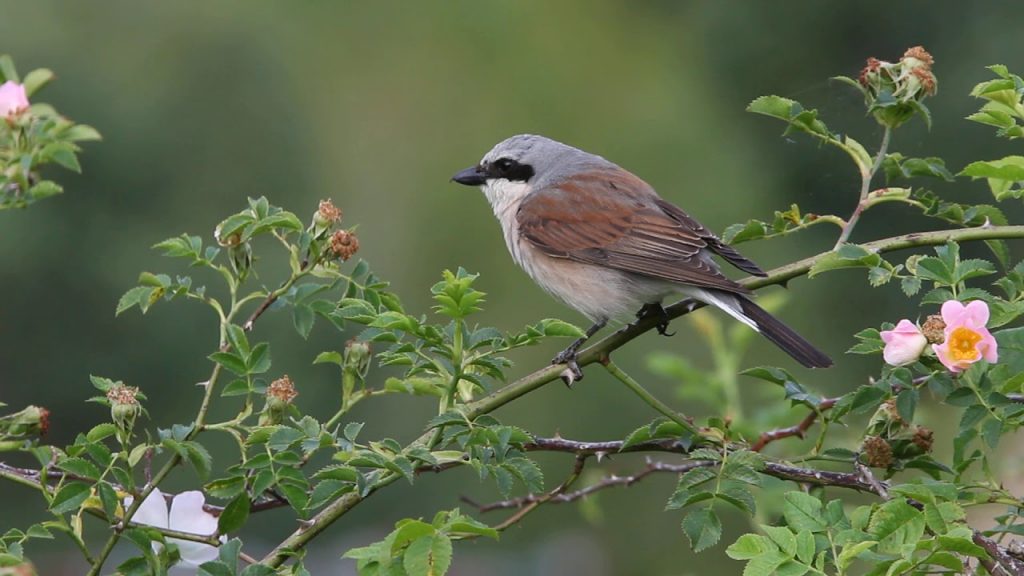