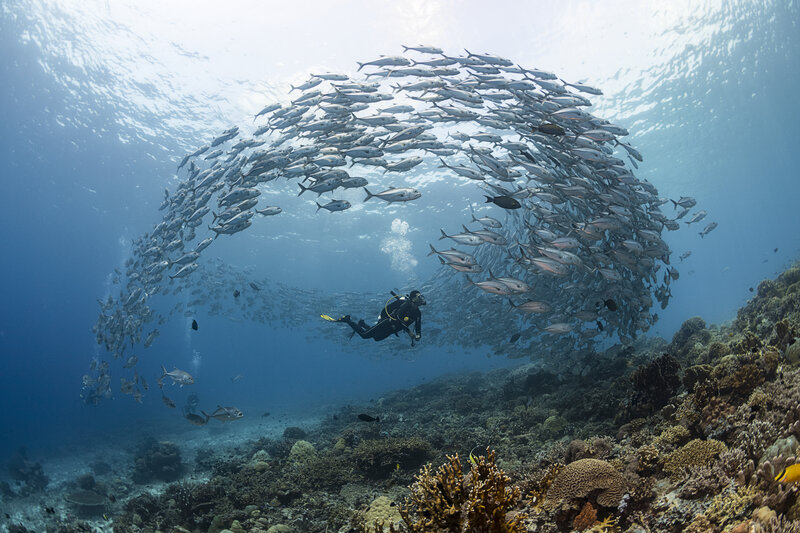 A paper published by Seas At Risk warns about the disastrous environmental consequences of a new mining boom while showing how it can be prevented. Opening more mines on land and pushing mining into fragile ecosystems like the deep sea to fuel economic growth is not a realistic way forward. Concrete alternatives to this model already exist and can make mining unnecessary.

‘‘Breaking Free From Mining – A 2050 blueprint for a world without mining on land and in the deep sea’’ shows the steps needed to move away from patterns that aggravate the environment and climate crises, and shift towards a more sustainable society equipped to tackle them and break free from its dependence on finite resources.

Mining is one of the world’s most polluting industries and a main contributor to climate change. The production of seven metals (iron, aluminium, copper, zinc, lead, nickel and manganese) is responsible for 7% of all greenhouse gas emissions and a major cause of biodiversity loss, human rights violations, political instability and forced displacements in the Global South.

As the environment and climate crises intensify, the much-needed transition to a carbon-neutral economy has focused mostly on technology and innovation fixes such as the large-scale deployment of renewable energy infrastructure, electric vehicles and digitalisation, all of which are metal-intensive. However, relying only on the ‘green economy’ transition without moving away from overconsumption and the paradigm of infinite economic growth requires vast amounts of metals and minerals for batteries, electronic devices or energy infrastructure. 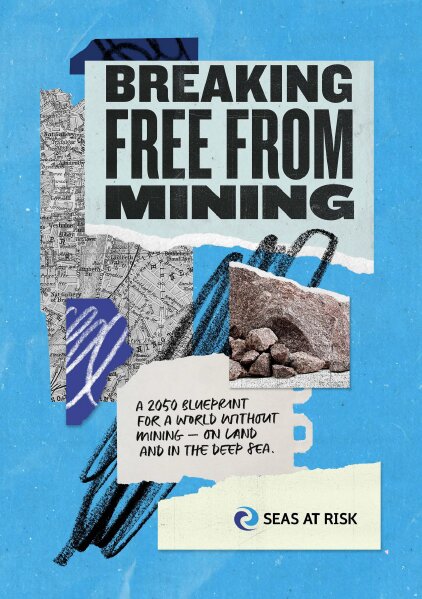 “Technology and innovation are an important part of the solution to the ongoing climate and biodiversity breakdown. But we also need much deeper social and economic change”, says Ann Dom, Senior Policy Advisor at Seas At Risk, “and this involves shaping a different narrative for a sustainable future”.

Without it, the expected growth in demand for metals would lead to more mines being opened on land and resource extraction being pushed into new frontiers such as the deep sea, the ecosystem that sustains all life on earth. Hundreds of new mines are being planned across Europe, while several European countries currently hold deep-sea mining exploration licences in international waters and could start mining operations as early as 2023. “Unless we bring about change”, explains Monica Verbeek, Executive Director at Seas At Risk, “metals are on course to becoming the fossil fuels of the 21st century”.

The paper sets out alternative pathways to a different society and economy, projecting the reader to 2050 and a world in which we have moved away from over-exploitation of natural resources, where primary metal extraction has become a thing of the past, and the deep sea has been safeguarded from ecosystem destruction.

Using a science- and fact-based approach, the paper identifies 2020 as a tipping point for mining and the beginning of the transition to a post-growth society. It discusses existing and emerging alternatives – including the end of planned obsolescence and the rise of repair, reuse and remanufacturing of goods; the shift to distributed energy generation; and mobility systems less reliant on private cars, among many others – and how they are to become instrumental in a fundamental transformation towards a society based on needs rather than growth, on wellbeing, and on the use of resources within the limits of our planet.

Sacrificing entire ecosystems on land and in the deep sea to fuel a new mining boom would not only exacerbate the planetary crisis, but is also unnecessary, as the fact-based alternative narrative presented in the paper showcases. As we work towards a world without fossil fuels, we can also imagine one without mining.

About Seas At Risk

Seas At Risk is an association of environmental organisations from across Europe, working together to ensure that life in our seas and oceans is abundant, diverse, climate resilient, and not threatened by human activities. Its mission is to promote ambitious policies for marine protection at European and international level. With over 30 members representing the majority of European countries, Seas At Risk speaks for millions of citizens that care deeply about the health and well-being of seas and oceans.

This article was originally published on Seas-At-Risk.org, and is republished here as part of an editorial partnership with Earth.Org.

Seas At Risk: How to Shape a Future Without Mining
Via Pontica Friday June 25th, 2021 News