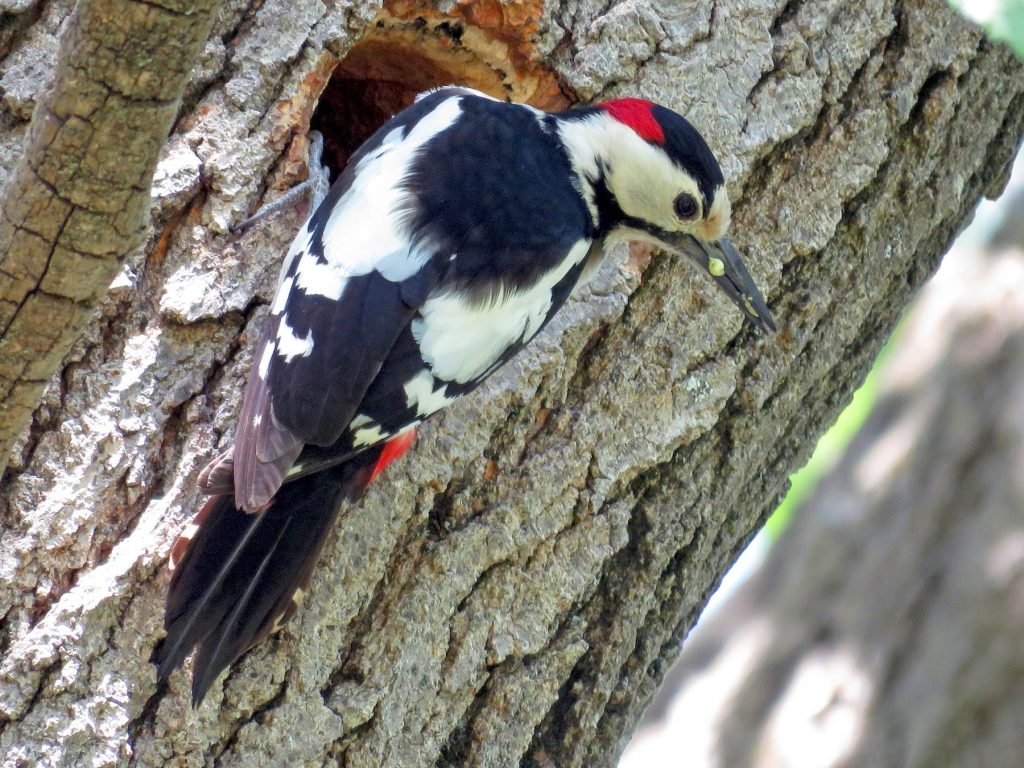 The Syrian woodpecker is 21-24 cm long, with a wingspan of 34-40 cm and a weight of 65-80 g  and is very similar to the great spotted woodpecker, Dendrocopos major. The upper parts of the male are glossy black, with a crimson spot on the nape and white on the forehead, sides of the face and neck. On the shoulder is a large white patch and the flight feathers are black with white spots forming three wingbars. The three outer tail feathers show only a few white spots; these show when the short stiff tail is outspread, acting as a support in climbing. The under parts are buffish white, the abdomen and under tail coverts reddish. The long bill is slate black and the legs greenish grey. The female has no crimson on the nape, and in the young this nape spot is absent, but the crown is crimson.

The woodpecker is a resident breeding bird from southeastern Europe east to Iran. Its range has expanded further northwest into Europe in recent years. It is an inhabitant of open woodlands, cultivation with trees and scrubs, and parks, depending for food and nesting sites upon old trees. It is often an inconspicuous bird, in spite of the plumage.

It is found mainly in Central and Southeastern Europe, where most of the population of the species is concentrated. Its European population is estimated at over 530,000 pairs. In the Middle East from Turkey to the Caucasus and Iran inhabits oak forests and a variety of open habitats. From the end of the 19th century it began to spread to the Balkan Peninsula and Central Europe.

In Bulgaria, the population of the species is estimated at 14-25 000 pairs. It is found throughout the country except in the high parts of the mountains. At least 3 pairs nest in almost every settlement, and their number is higher in larger settlements, especially in lowland areas.

The Syrian woodpecker’s food mainly consists of those insects which bore into the timber of forest trees, such as the larvae of wood boring moths and beetles. Additional prey includes bees such as Xylocopa pubescens. The woodpecker usually alights on the trunk, working upwards. During the ascent it taps the bark, breaking off fragments, but often extracts its prey from crevices with the tip of its sticky tongue. Seeds, nuts and berries are eaten when insect food is scarce. Its actions are jerky, and it hops rather than climbs, leaping forward with one foot just in advance of the other. Usually feeding in a vertically ‘heads-up” position, it is not uncommon for the woodpecker to assume a vertically or horizontally upside-down attitude while probing a tree for food. When a space is crossed the flight is easy and undulating.

The breeding season begins from mid-March (Israel) or mid-April (Hungary) to May, sometimes until June. It nests in trees on streets, in yards, in city gardens and parks, orchards, in deciduous and less often in mixed forests, field protection belts, etc.

It makes its nest in the trunk of a tree or its thick and dry branches, so that its inside is at least 20 cm wide. A hollow is used only once, as parasites accumulate in it. Often, however, the bird can make several nests on the same tree in subsequent years. The nest is usually made by the male bird without laying any nesting material.

After mid-April, the female lays 3-8 eggs, which incubate both birds. The young take off after 22-25 days. Both parents are involved in hatching, the male-mostly at night. The eggs hatch after 9 and 11 days. The young begin to fly after 20 to 25 days.

In Bulgaria, a protected species under the Biodiversity Act. International status – Least Concern. 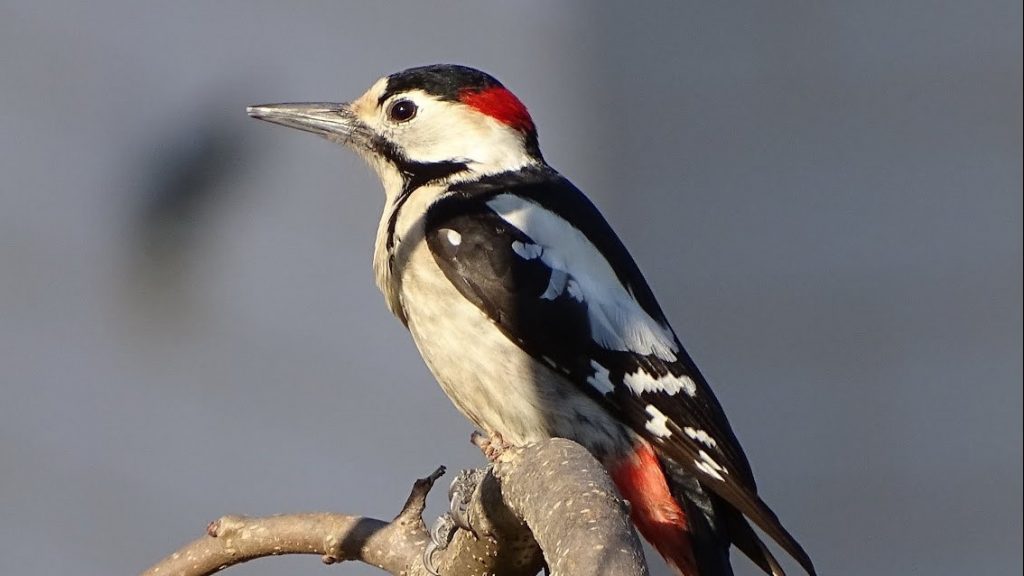 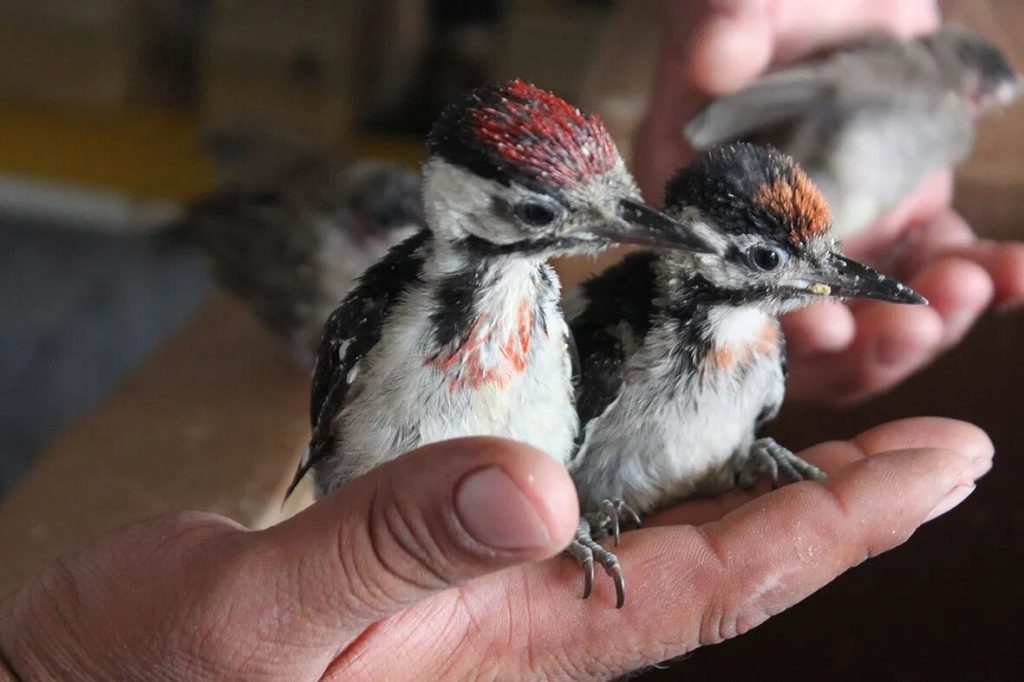 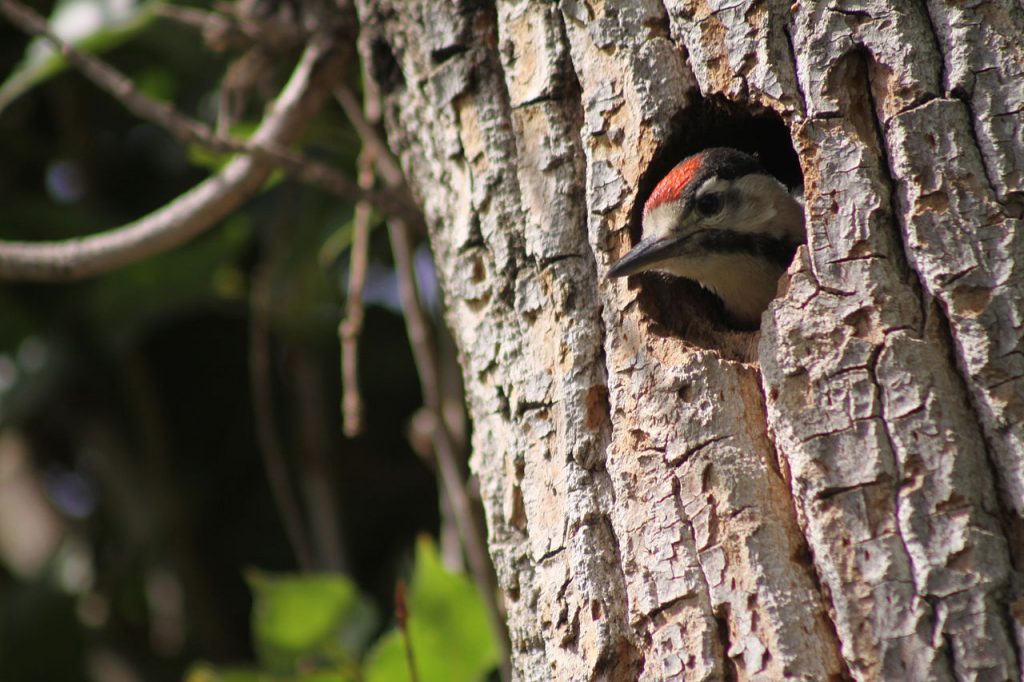