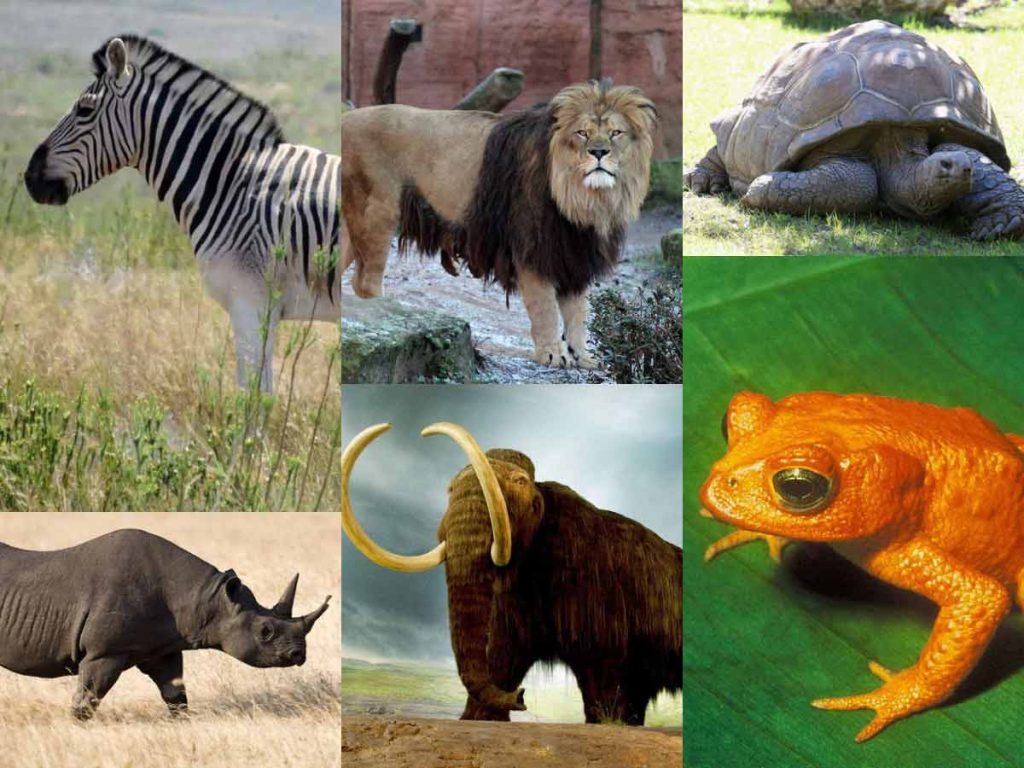 A million animals and plants around the world are endangered. The impacts can be as serious as the impacts of climate change, “writes the Swiss newspaper Tages-Anzeiger.

“The first proposal in a draft new agreement on biodiversity conservation, which was discussed at the World Wildlife Congress last week and is scheduled to be signed next spring in Kunming, China, is a prime example here:” Biodiversity and the benefits it brings are essential to well-being humanity and the health of the planet. “But what are the specific benefits of biodiversity for humans? What exactly will be at stake if more animals and plants become extinct? And when will we feel the effects of extinction?”

“The importance of each individual species is hard to grasp,” says Josef Settel, biodiversity expert at the German Helmholtz Center for Environmental Research (UFZ) in Halle and co-chair of the IPBES Intergovernmental Science Policy Platform on Biodiversity and Ecosystem Services. Part of the problem lies in the huge information gaps, starting with the fact that of the world’s 8.1 million animal species, only about 1.7 million are known. Even less is known about what functions a particular species performs in complex natural systems. However, it is clear that each species has its own function and that it is impossible to remove from the system as many animals and plants as you like so that it remains without consequences. ”

“It’s like starting to remove rivets from a flying plane,” Settel says. “One missing rivet is okay, but at some point, when too many rivets are missing, the plane will crash.” The plane crash is tantamount to the fact that large natural systems, on which people also depend, will cease to function, “the article says.

“Plant food is also threatened by the extinction of species:“ More than 75% of the plants for human consumption, including many fruits and vegetables, must be pollinated by animals, ”says Florian Titze, international biodiversity policy director at the conservation organization. WWF “It is clear that the global extinction of insects, many of which are pollinators, cannot go unnoticed.”

“It is also important that people stay warm and can cook warm food: about 2 billion people around the world heat their homes and cook food with wood. It is also about keeping people healthy: about 4 billion people depend on medicinal plants for their health. In addition, 70% of cancer drugs are based on natural ingredients or have a natural prototype, “the article says.

“Finally, biodiversity also protects against natural threats: for example, coral reefs, acting as a buffer, soften the force of storm surges and are a kind of natural reinforcement against high waves. In some places, the growth of coral reefs can even compensate for rising sea levels. caused by climate change, but it may not last long, because the corals that make up reefs are among the living creatures most affected by climate change, with 70% to 90% of them predicted to disappear when the climate warms just 1 , 5 degrees Celsius, “notes Tages-Anzeiger.

“The report of the Intergovernmental Science-Policy Platform on Biodiversity and Ecosystem Services, published in 2019, lists many more services that nature provides to humans. There are 18 categories in total. In addition to those mentioned, such as pollination or food provision, it is also about forming soils, keeping the air clean, or regulating the number of pests and pathogens. In 14 of them, the potential for “promoting a good quality of life for people” has declined over the past 50 years, the authors write. ”

“When the extinction of a species will go so far that the impact will be felt around the world is difficult to predict. However, it is clear that this is not a question of the distant future and that there is not much time left for action.” This will happen in the foreseeable future, says Settel … – If we continue in the same spirit, it will probably come in a few decades or years. But this is a subjective assessment based on the data that I know. ”

“The more different species inhabiting natural systems, the more stable they are and, therefore, the safer for humans,” Tages-Anzeiger sums up. “The fewer different species, the fewer buffers and the more likely it is to collapse,”

This Is How Species Extinction Hits People
Via Pontica Saturday October 23rd, 2021 News