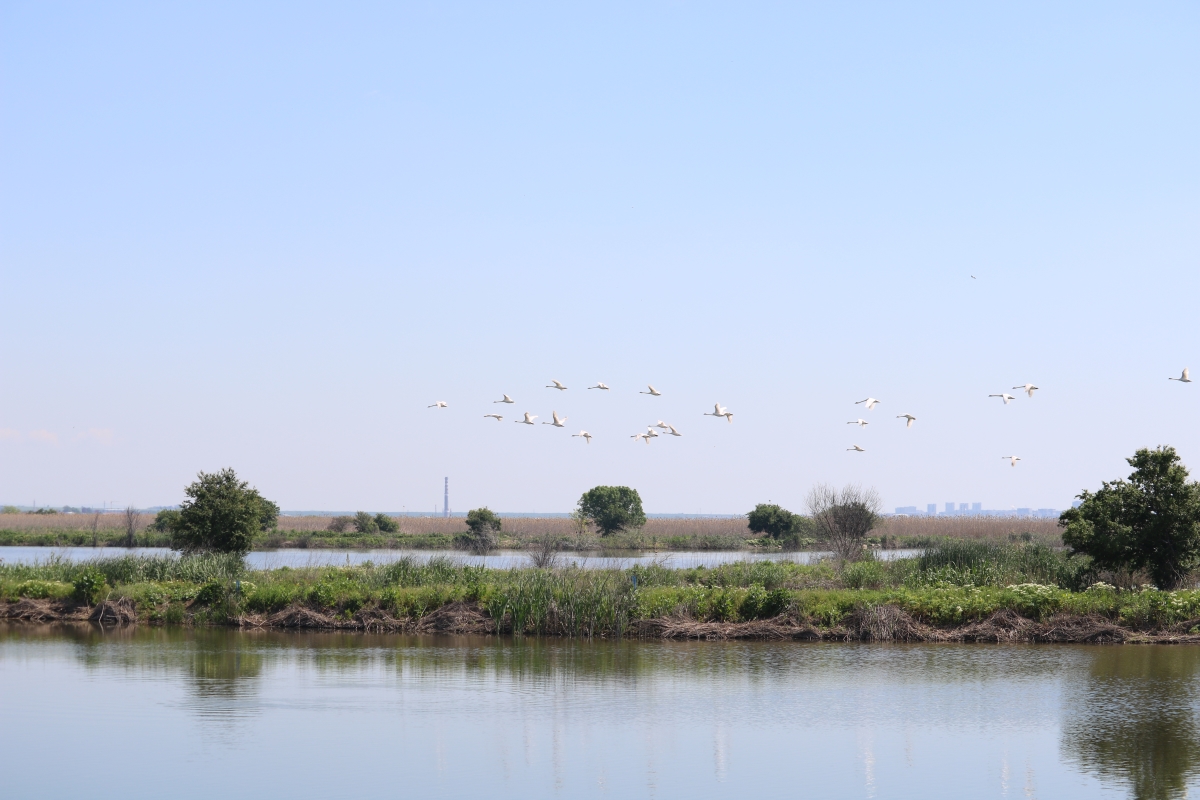 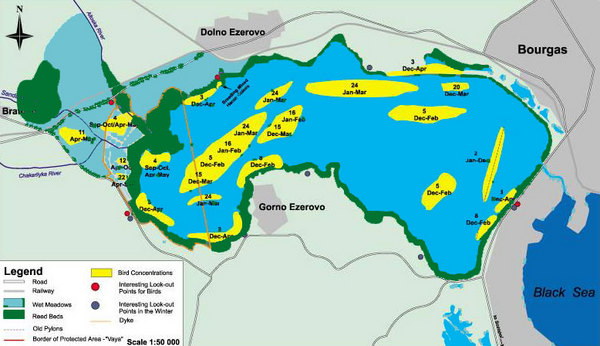 The full text of the order can be seen HERE

The full text of the order can be seen HERE

In 1998, the lake was designated a CORINE site, because of its European importance for the conservation of rare and endangered bird species.

In 2003, the Burgas Lake was declared a Wetland of International Importance under the Ramsar Convention.

In 2005 the site was declared by BirdLife International as an Important Bird Area (IBA).

In 2007 IBA “Burgas Lake” is included in the European Ecological Network Natura 2000 as a protected area for the conservation of wild birds.

Located in Black Sea biogeographical region, a place of 262 bird species, protecting 135 species of the Nature Directives and 2 habitat types of the Habitats Directive, the largest Bulgarian lake, one of the four lakes of the Burgas wetland complex surrounding the city. The wetland, of very high significance for biodiversity (especially birds), is a shallow freshwater/brackish liman with associated marshy areas and extensive reedbeds (the largest in the country), which is connected to the sea by a canal with a gate, but is also filled with the waters of the Aitos, Sunderere and Chukarska rivers, which flow into its western part. It has a volume of about 20 million m3 and its area is 27.6 km2. The length of the lake is 9.6 km, its largest width is 4.7 km, and in the middle narrows to 2.3 km. The fish farm basins, adjacent to the lake, are heavily overgrown by aquatic vegetation. In the site have been recorded several IUCN red-listed species of animals – 5 invertebrates, 4 fish, 4 amphibians, 3 reptiles, 5 birds and 3 mammals.

Situated along the second largest migration path of birds in Europe, the “Via Pontica”, the Vaya Lake is an important stopover and staging site for a large number of waterbirds, raptors and passerines. Yearly during migration and wintering more than 20,000 (up to 100,000) waterbirds congregate there, some species with more than the 1% threshold of the biogeographic population, including Cormorant Phalacrocorax carbo, Pygmy Cormorant Phalacrocorax pygmeus, Dalmatian Pelican Pelecanus crispus, White-fronted Goose Anser albifrons, and White-headed Duck Oxyura leucocephala.

Fishing and sand extraction are practiced. Among the most serious threats to the site are those associated with the country’s only petrol refinery. A management plan is under elaboration. Organization active on the ground – the Bulgarian-Swiss Biodiversity Conservation Programme.

At this stage, 12% of the territory of Burgas Lake is subject to legal protection under the national nature conservation legislation. The SPA “Vaya” covers the reedbeds in the southwest of the lake and is designated for the conservation of endangered bird species. 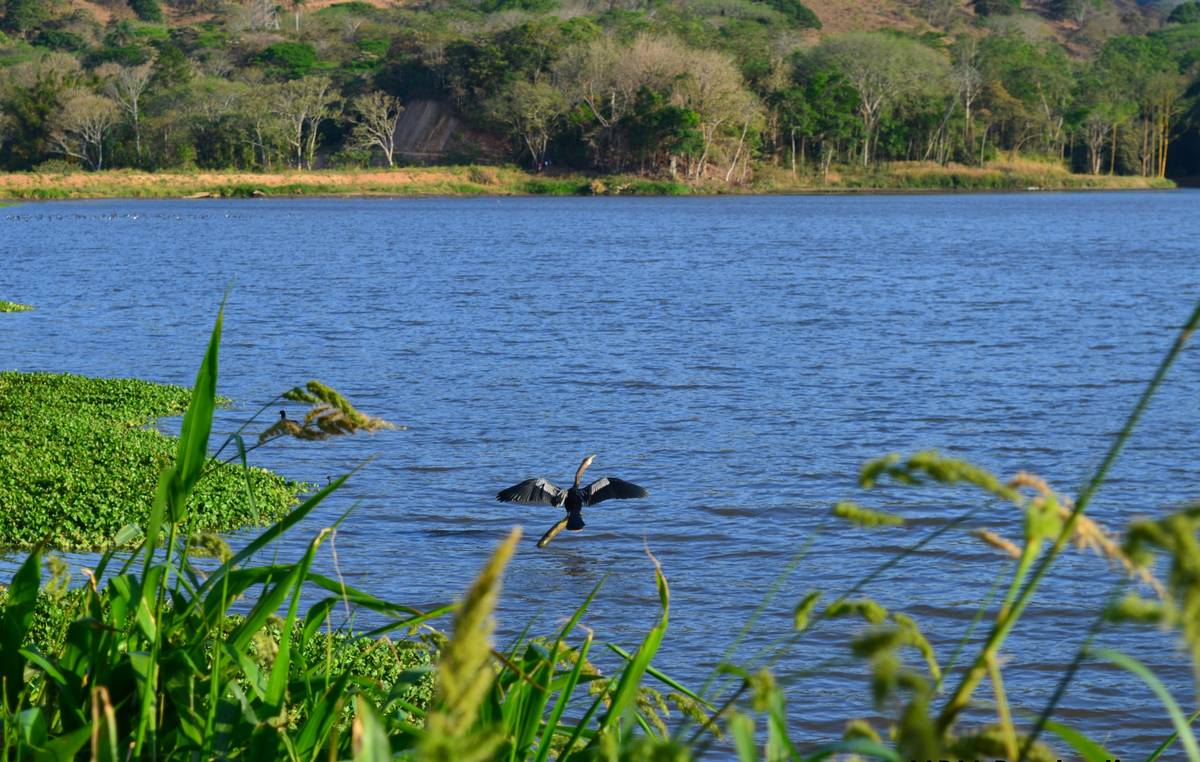