Via Pontica Foundation is a Bulgarian non-governmental organization acting in the public interest, established to protect the Bulgarian nature – conservation of natural resources, changing the attitude towards the protected areas and awareness of the opportunities, benefits and responsibilities towards protection, conservation and restoration of Bulgarian biodiversity. The headquarters and registered address of the Foundation is: Bulgaria, Burgas 8000, 1, Ivan Vazov Blvd., Railway Station Building, Floor 2.


Via Pontica Foundation s a member of Wetlands International (https://www.wetlands.org) and IFOAM (http://www.ifoam.bio)

The strategy of Via Pontica Foundation is based on four pillars:

For the implementation of these strategic objectives Via Pontica Foundation works in the following directions:

The property of Via Pontica Foundation is generated from initial donation by the founders, subsequent donations from members of the Foundation, donations and bequests from Bulgarian and foreign natural and legal persons in the form of monetary amounts, movable and immovable property, subsidies, dividends, interest, income derived from the development of projects, programs, publications, research, consulting, publishing and advertising.

The governing body of Via Pontica Foundation is the Management Board, which approves the business plan, budget, work program, technical and financial annual report etc. The operational management of the Foundation is carried out by the Executive Director.

Via Pontica is an ancient Roman road that runs along the Black Sea. Today Via Pontica is and the name of the one of main migratory routes of the birds from Europe to Africa. It passes through the territory of Bulgaria – over Strandja and along the coast of the Black Sea. This route, follow many types of Raptors, Waterfowl and Songbirds, among which 78% of all white storks and the entire population of Pink Pelican in Europe and the extremely rare species of Imperial Eagle, Egyptian and Griffon Vulture.

One of the points on the Via Pontica, where traditionally the migratory birds stop to rest and some remain to overwinter and breed, is the Burgas wetlands.

The wetlands in Bulgaria are now only 0.1% of its territory, a fraction of the existing only until a century ago. Preserving, maintaining and expanding them is crucial for the biodiversity, educational tourism, cultural landscape and climate of our country.
When the environmental benefits into the significant natural areas are encouraged as opposed to unsustainable economic practices that have a positive impact and mitigates the process on deepening social disparities between the big cities and countryside, the demographic problem of depopulation and the aging population in rural areas.

Burgas Lake / Vaya / meets the criteria for significance. It is an important ornithological site for food and rest of the birds on the Via Pontica migratory route. The lake is surrounded by the town of Burgas, it is subject of significant anthropogenic pressures and needs direct measures for its conservation.

This territory, except that is extremely important for biodiversity conservation in Bulgaria, is key for development of an education program for acquainting of the population with the wild flora and fauna and its sensitivity to the problem of environmental protection.

A fact is that at the last meeting of the European Parliament on environmental issues, it was reported that for now the measures that the EU is taking in this area do not give the required results. Progress has been made, but he fails to compensate for the loss of habitats and reducing populations. Those findings show that despite the best developed in the world legislation, only environmental protection is not enough. It is necessary and to restore already lost habitats and active work on the engagement of all citizens by means of effective educational measures. 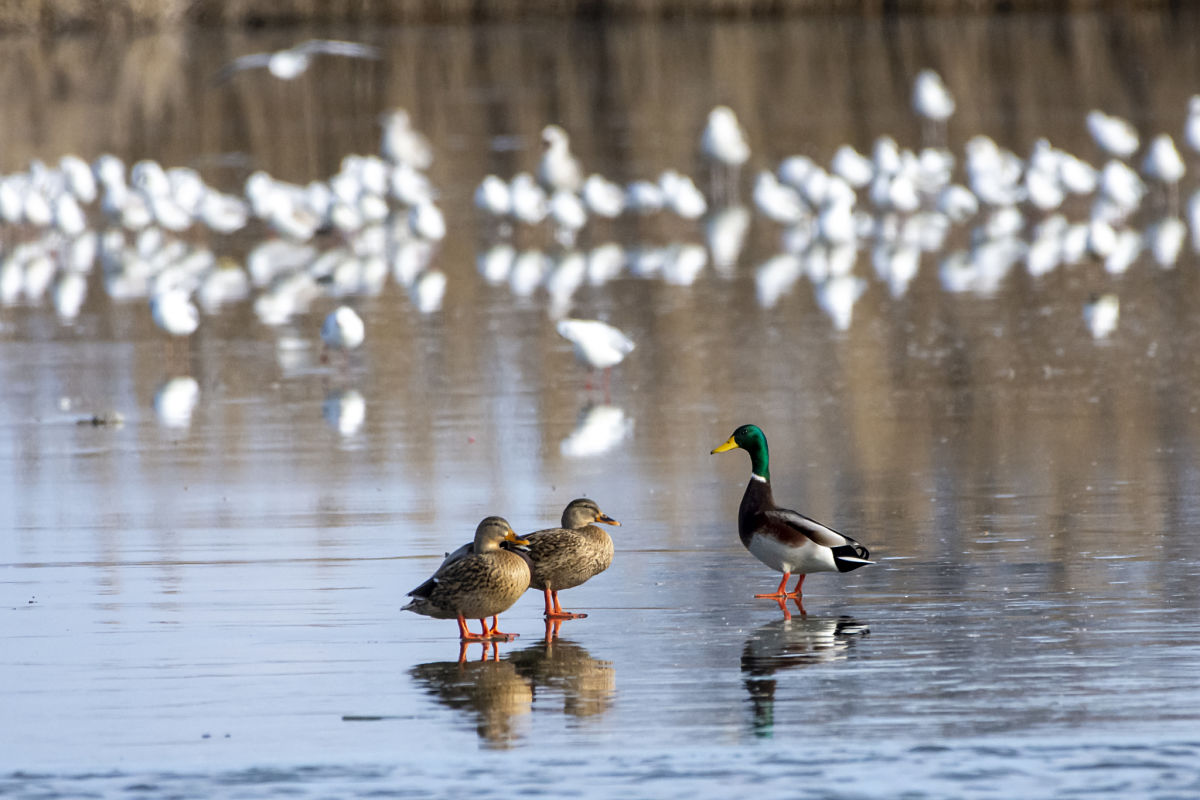